We don’t often cover the FPGA market here at AnandTech, but in the past couple of years we have seen the array of features that FPGAs are implementing expand at an incredible rate. Xilinx has been at some of the forefront of those innovations, with products such as Versal on 7nm and its Alveo family. One key part of Xilinx’s business is emulation and simulation, which requires large FPGAs to fit large designs onto - and the company recently lifted the lid on its latest creation, the Virtex Ultrascale+ VU19P. This new FPGA, when it comes to market, will hold the title of the World’s Largest FPGA.

An FPGA, or Field Programmable Gate Array, is a bit of hardware that helps circuit designers do their job. An FPGA is so programmable that a user can design an integrated circuit on an FPGA before the design goes to market, and the engineer can see if the design works, and get rough estimates on performance and accuracy. For example, on the biggest FPGA today, Xilinx’s 22nm-based Virtex Ultrascale 440, an engineer can simulate 10 concurrent Arm Cortex A9 cores. With the new UltraScale+ VU19P, that same engineer can simulate 16 of the same cores, due to the 1.6x increase in logic gates. FPGAs also act as a base for the latest designs and technologies, with specific IO logic that can be built into current and future communication technologies. The idea of an FPGA makes it more configurable than a CPU, but that configuration can then be taken to a fab and made into an optimized chip for better performance and density. Ultimately in order to design a CPU, you need an FPGA. 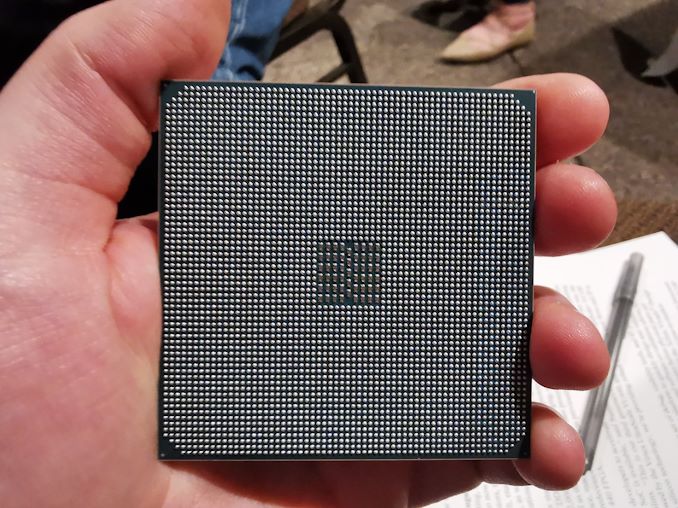 In the announcement, Xilinx explained that a sizeable part of its business is catering to this simulation and emulation market, used by all the chip vendors, and the drive to bigger chips gave them the impetus to create the VU19P. Built on TSMC’s 16FF+ process with CoWoS technology, the VU19P is actually built as four segments then placed on a die, however the chip acts as one seemless large piece of silicon, totaling 35 billion transistors. Along with the 9m logic gates, there is also over 2000 IO segments for 4.5 Terabits of transceiver bandwidth (80 lanes of 28G) and 1.5 Terabits of DDR4 memory bandwidth, which the company states will help its customers create designs featuring multiple VU19P chips in one system with all-to-all connectivity topology. 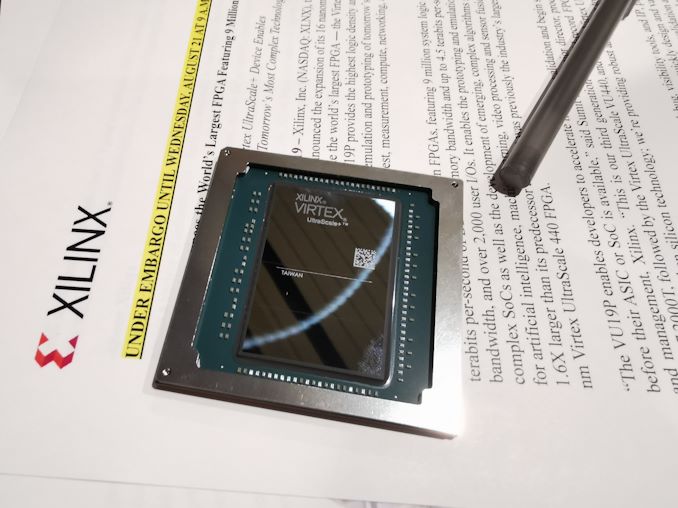 In PCIe card form the VU19P can be built as either a PCIe 3.0 x16 or PCIe 4.0 x8 device, or as a separate chip it can be used in a 65x65 package with a BGA3825 connection with the potential for CCIX connectivity. Other hardware features include 8.2m CLB Flip-Flops, 4.1m CLB LUTs, 90 Mb of UltraRAM, 40 Clock Management Tiles (CMTs), and 3840 DSP slices. Some of those numbers are quite a bit smaller than the UltraScale+ VU13P, which has only 4m logic gates, but this is due to the balancing of resources which Xilinx states will favor the simulation and emulation market. 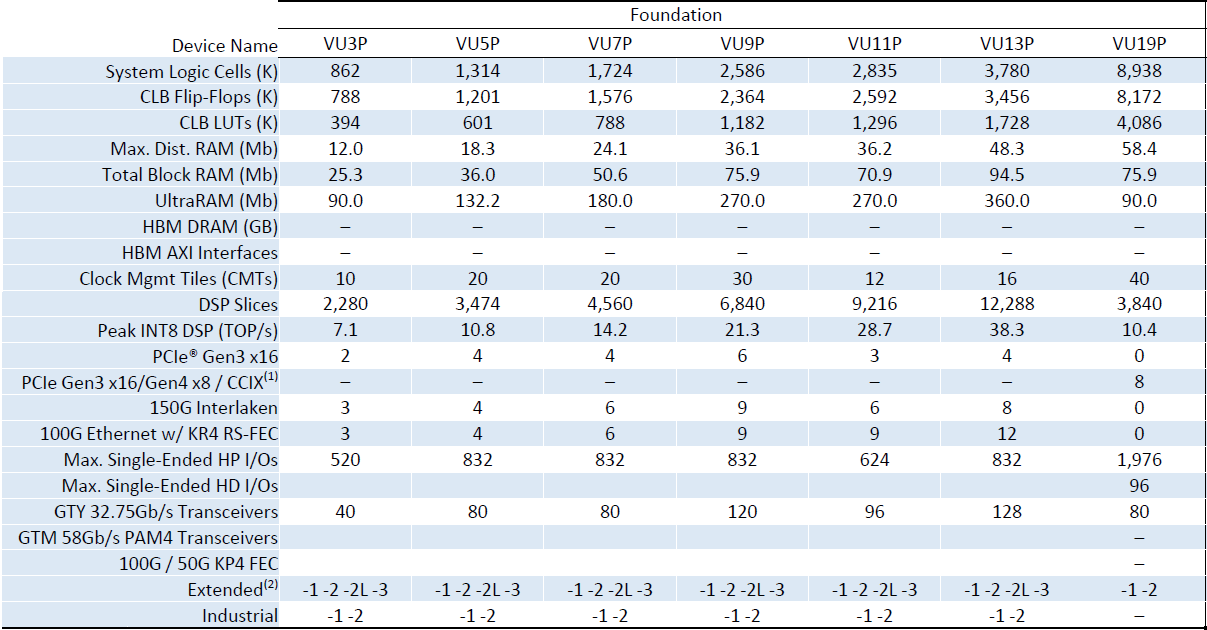 Along with the VU19P, the company will also make enhancements to its Vivado Design Suite software to assist with co-optimization of the new chip. Xilinx is set to bring the VU19P to market in the fall of 2020 (~Q3), and will be ready to start sampling key partners in the first half of 2020.