We had an initial look at the A.C.Ryan PlayOn!HD2 back in February. The Boxee Box was reviewed in detail last November. Both the pieces had coverage of the hardware features in detail. In this section, we will look at the internals of the NTV550 in detail. Following this, we will have a comparison of the build of the three units and some notes on the remote controllers.

Upon initial unboxing, the NTV550's industrial design appears a bit unwieldy. The bulging top with a ventilation slot doesn't seem to quite fit in a home theater setup. Thankfully, a vertical mounting aid is also provided. A little bit of vertical clearance is needed. Once set in this configuration, the unit blends in quite nicely (except for the white coloured USB port which sticks out in the middle of the front panel). The gallery below presents selected unboxing pictures and some shots of the internal board.

The NTV550 is fanless and the board is well laid out (no clustered components). The ventilation slots directly above the SMP8642 make sure that the unit doesn't get unduly hot. The remote controller is the best part of the whole package. We will discuss that in detail in a later subsection.

Out of the three units being considered today, only the A.C.Ryan PlayOn!HD2 has an internal 3.5" hard disk slot. This make the unit slightly bigger than the rest. We have seen comments on the build quality of the A.C.Ryan PlayOn!HD2 and the Boxee Box in previous pieces. In this subsection, we will take a look at the units in one place. 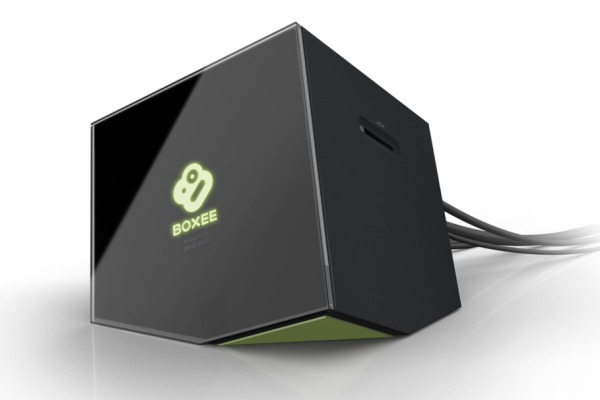 The Boxee Box stands out for its odd-ball design. A small fan running at high speed inside it also made the unit the noisiest of the three. 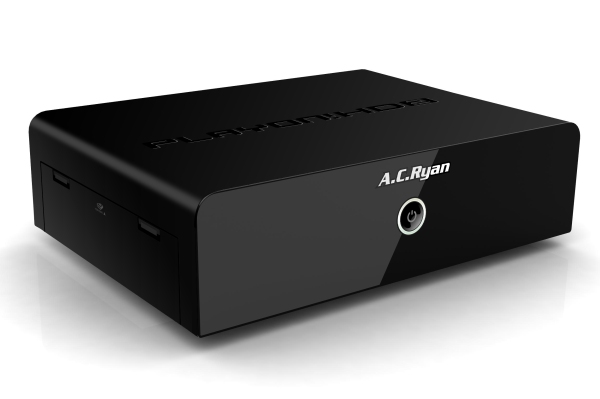 The PlayOn!HD2 needs a fan because of the internal hard disk. However, the fan is not as small as that of the Boxee Box. The A.C.Ryan unit can also act as a DAS (with USB 3.0 connectivity) and a NAS (thanks to its Ethernet port).

All the three units use a plastic chassis and the finish is nothing to write home about. In terms of distracting front lighting, the A.C.Ryan PlayOn!HD2 is the most at fault. The front panel of the unit has a ring of light below the logo. In standby mode, this is red. In active operation, it is white. Since the remote controller needs direct line of sight, this ring of light is indeed distracting. The Boxee Box has the Boxee logo on one side of the heptahedron. This side can be fully turned away from the line of sight. If necessary, the unit can also be completely hidden inside a closet because the remote controller is not IR based, but RF. The Boxee logo lights up in bright green when the unit is active. In sleep mode, the intensity of the light goes down quite a bit. The NTV 550 has a small LED at the bottom right (when placed flat on its base) / top right (when placed vertically)  beneath the power button. It is green when active and amber in standby mode.

The remote bundled with the Boxee Box tends to elicit varied responses from users. While some people love the remote with the mini keyboard at the back, others hate it for the lack of buttons tied to specific functionality (like choosing subtitle or audio tracks).

The remotes bundled with the PlayOn!HD2 and the NTV550 are more in line with what consumers are already used to. However, that is where the similarity stops. While the NTV550 remote is ergonomic and feels solid in the hand, the PlayOn!HD2 remote feels cheap. The keys are flimsy and the layout is not intuitive. 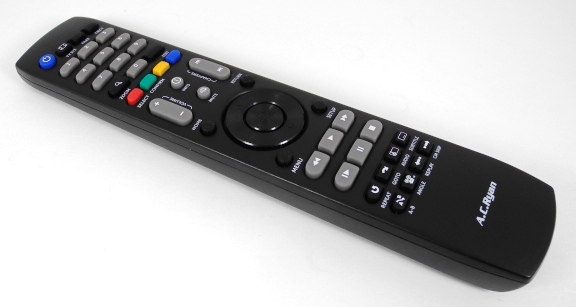 Thankfully, each screen in the GUI has pointers on the functionality mapped to different keys. In addition to these drawbacks, the keys are way too sensitive, and a single key press often translated into multiple ones. Like the NTV550, one has to rely on the virtual on-screen keyboard for typing share names / passwords / search for videos on YouTube etc. with the remote. This is one drawback that the Boxee Box seems to have solved well, in our opinion. 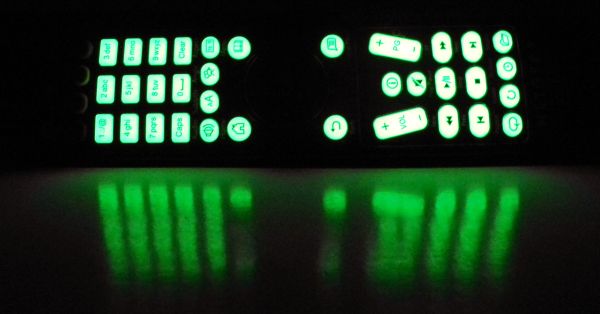 The NTV550 remote further earns our praise for having an automatic 'backlight' mode for usage in environments where the display is often the only source of light.

Many media streamers with networking capabilities offer some sort of web remote / IP control capability. All three streamers being considered today have some flavour of control over an IP network. For the Boxee Box, we have an Android remote that replicates the functionality of the hardware remote. Control of the unit over a web browser is also possible. Unfortunately, the Boxee Box's IP control mechanisms don't offer any additional advantages over the hardware one.

The A.C.Ryan PlayOn!HD2 has a rudimentary web interface which can reached at http://<IP of the POHD2>:1024. It offers all the capabilities of the hardware remote over three different screens. In addition to that, we also have a playlist view and information on the internal hard disk / attached USB drives. This web remote can also be viewed on smartphones / tablets which are on Wi-Fi and connected in the same LAN. Just like the hardware remote, the IP remote is also pretty cluttered. We have seen better web remotes for Realtek units (for example, the web remote of the TViX Slim S1 was much better).

The NTV550 also has a web remote which can be reached by accessing the IP of the unit over the web browser. The interface is not as good as the hardware remote, but it does offer nice additions such as the ability to choose the next item to be played from the library. This way, it can be used as a music player without having to turn on the display. Another important advantage of the NTV550 is the availability of a TCP remote interface for home automation uses. These codes have also enabled creation of an iOS remote.

The NTV550 is simply one of the best built / equipped media streamers we have seen in our labs. Can it build upon the favourable initial impressions we have? We will see in the remaining sections.