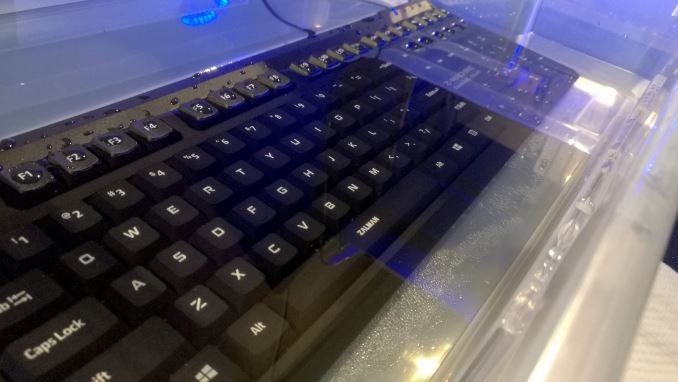 In the land of gaming keyboards and enthusiasts, mechanical keys are easily becoming the norm with every keyboard company coming out with a new feature, doodad, or eSports team sponsorship in a highly competitive market. Without the right guidance and knowledge, it can be difficult to separate the market, and users ultimately end up emotionally invested in their expensive products they use every day. But then you spill a soda on it, or in my case a cup of tea, because you weren’t looking. The keys are now sticky, and the mechanisms don’t feel the same, if you can bare to touch them at all. You look through online guides on how to clean the board, using an array of harsh solvents and cotton buds (or Q-tips) to bring it back to new. Zalman has an alternative up its sleeve. 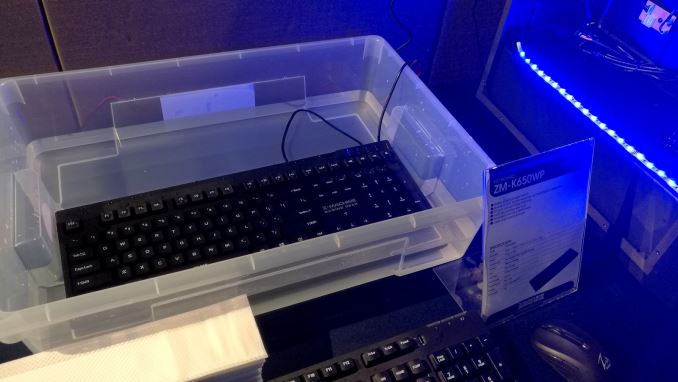 So it’s not a mechanical keyboard, and relies on standard membrane keys found in the $10 eBay models you can buy. But this keyboard is sealed and designed to be waterproof to the point that you could happily use it underwater. At Computex, Zalman had a hands-on display of the keyboard being used in a large tub of water, and subsequent videos have been posted online showing it in use with a running tap over the top. Add in some chip fragments from your favorite mix of Doritos and Mountain Dew, and when it gets to the point of un-usability (which, to be honest going by some office keyboards, involves fungus), grab some dish soap and a sponge. Five minutes later, it should, with some elbow grease, be back to normal. To be honest, an office environment might be a great place for a washable keyboard. 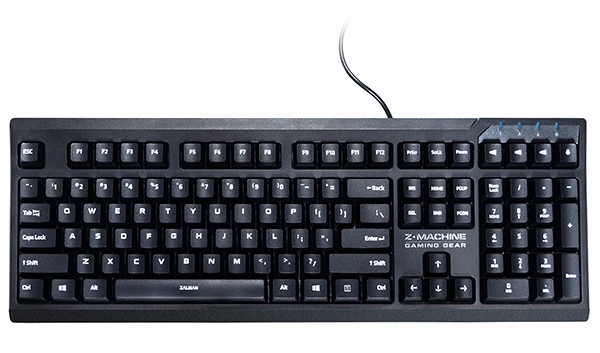 You can imagine the PC gaming market in several different segments, some of which overlap: those who just want to play, those who want the best equipment, those who attend LAN events, and those that drink at LAN events. Something like a soda-proof, chip-proof cheap keyboard makes sense, such that no-one else will want to steal it and it doesn’t matter what gets dropped on it if it can be easily cleaned. Sure, membrane keys aren’t gaming focused, but if the lack of mechanical keys is what is stopping the user from enjoying the game, then there’s not much else to say.

The ZM-K650WP should be coming to the market sometime in August, with a $30 MSRP. After my meeting at Computex they’ve ended up sending both Tracy and I a couple of samples each, so we’ll get to a review (as much as is possible with a membrane keyboard, perhaps a couple of fun videos) in due course.