When Enhanced Sync was introduced in the mid-year Radeon Software Crimson ReLive Edition 17.7.2, AMD finally had an equivalent to NVIDIA’s Fast Sync and Adaptive V-Sync, a combination of technologies that aim to reduce the drawbacks of enabling V-Sync. At framerates above a monitors refresh rate, Enhanced Sync keeps the keeps the frame rate unlocked and displays the most recently completed frame to reduce V-Sync’s latency, or input lag. At framerates below the refresh rate Enhanced Sync simply disables V-Sync to reduce V-Sync stuttering. 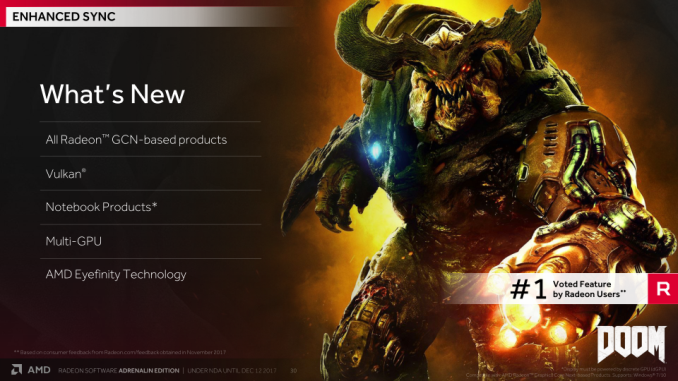 With Adrenalin, Enhanced Sync is now supported for all GCN GPUs, as opposed to only Polaris and Vega based GPUs. And beyond that, Enhanced Sync now supports Vulkan applications, notebooks with dGPU-driven displays, multi-GPU (mGPU), and AMD Eyefinity.

Moving onto Radeon Chill, a power saving feature that modulates framerates based on in-game movement, this now supports “countless” games, including ones powered by Vulkan. As far as “countless” goes, the only details disclosed were that this was accomplished via a generic Chill profile. 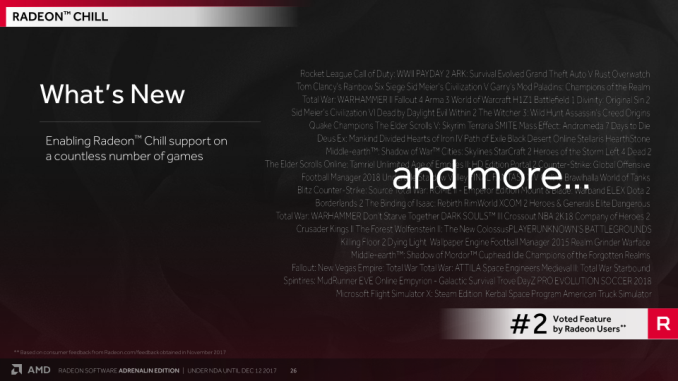 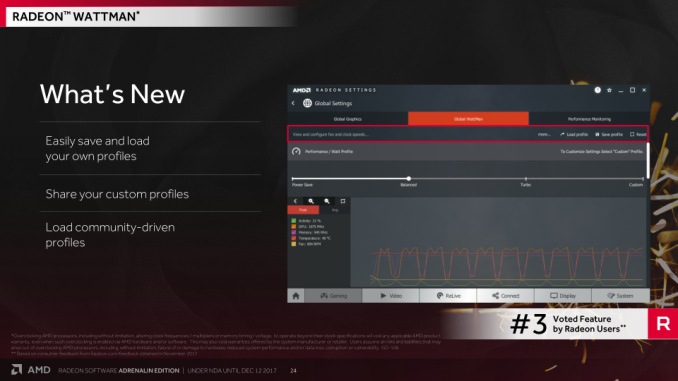 These past three developments are arguably some of the most desired updates, at least according to AMD’s feature voting page: these changes were #1, #2, and #3 respectively of what users voted on most. 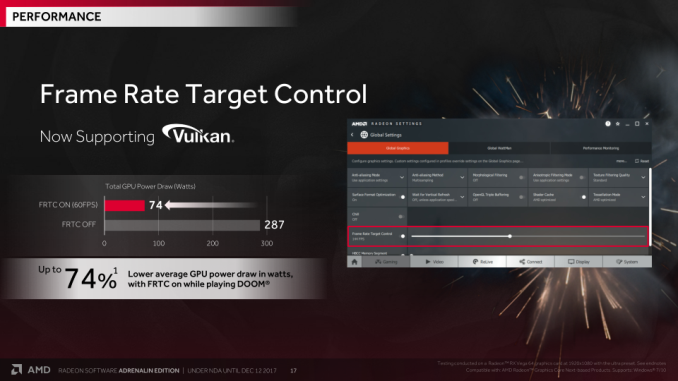