The first method of performing backups is to use the built-in backup tools in Windows 7, 8.1, or OS X. These offer both image based backups, as well as file based backups. This is your first line of defense. If your budget is low, the bare minimum that you want to do is at least back up your files and system image to an internal or external drive, or a network share.

Backup and Restore, when configured to perform both file and system level backups, will actually perform both a file level, and a system level backup. Unlike more sophisticated backup software, it doesn’t leverage the system level backups for file level restores, meaning it is going to take up more space than a backup solution which does just system level. It does allow incremental backups and versioning though. The biggest issue with Windows 7’s built-in Backup and Restore is its inability to backup files and images to a network share for Starter and Home Premium – the two versions most people have. It also can’t backup files that are on a network share. That being said, it’s a great place to start for anyone who wants to back up to an internal or external drive for file and system protection. Let’s run through how to configure it: 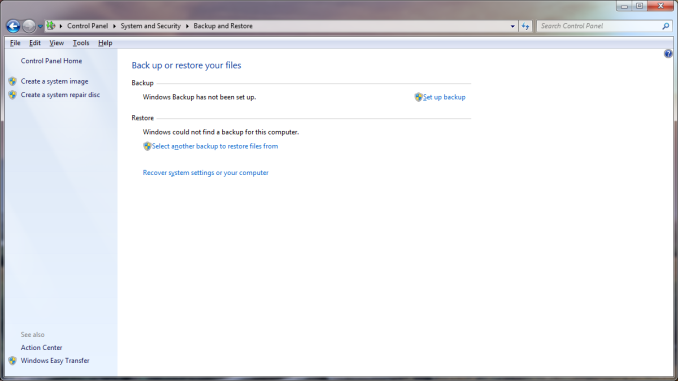 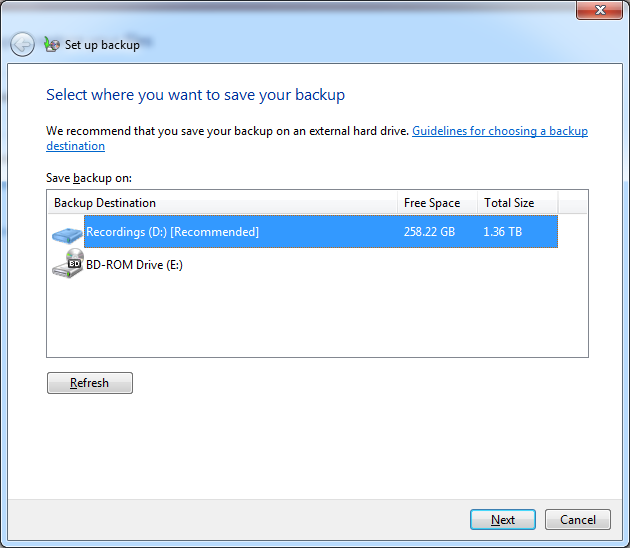 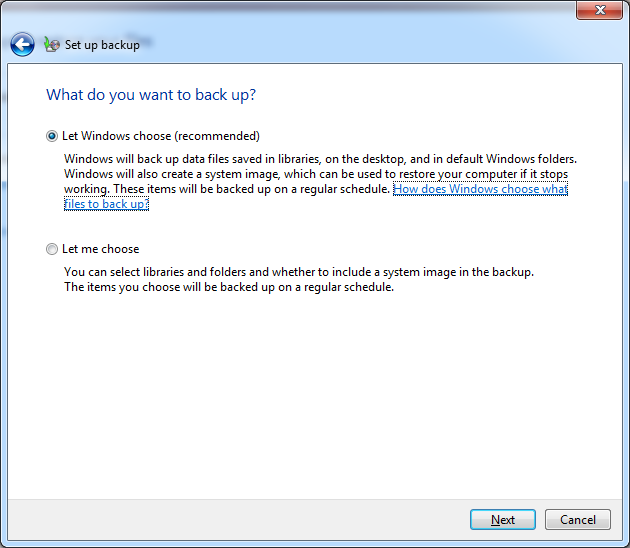 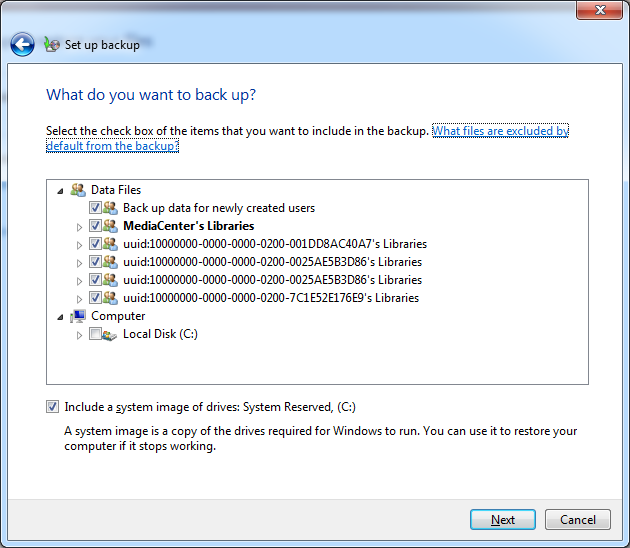 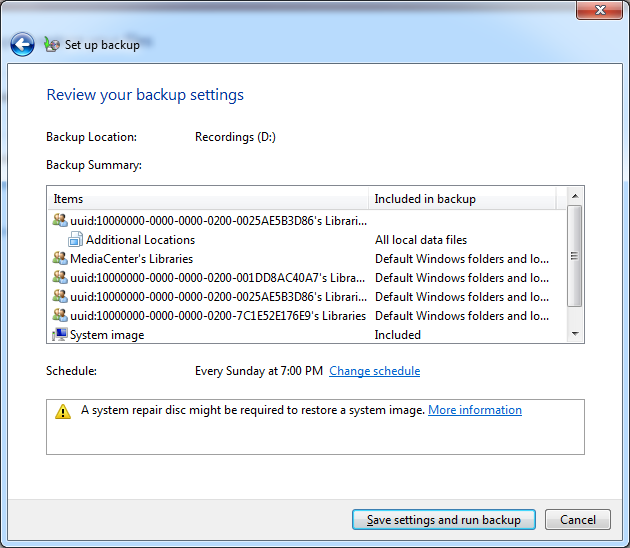 That’s it. Your computer is now backing up automatically at whatever schedule you chose. The next thing you should do, assuming you selected to create a System backup, is to create a bootable disk to recover your system. It’s easier to do this now, than when you need it. To do this, simply go to the Backup and Restore applet in the control panel, and choose Create a system repair disc. You will be prompted to place a CD or DVD in your drive and then just select Create disc. A small bootable disc will be burned which will allow you to restore a complete system image from a local disk, or a network share. If you do ever need this, bear in mind that a system restore will completely erase all files on the restore target. 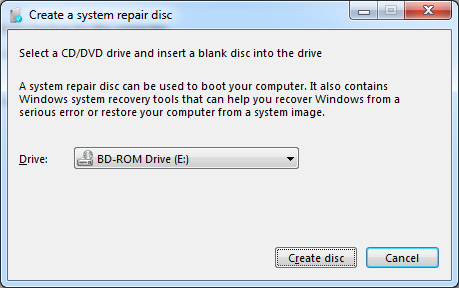 If you want to restore individual files, you have a couple of options. You can use the Backup and Restore applet to browse for files and folders of your backups and choose which ones to restore. If you do a restore this way, and select restore to original location, it will do a standard file copy of the restored files to their original locations. If the original files are still in that location, the standard dialog will appear letting you select whether to replace the originals, copy with a new file name, or do nothing. Be careful if you do this as you will have a good chance of overwriting files you meant to keep.

The other method for restoring files is to use the Previous Versions interface to select which file and folder, and from which date to restore. This is likely the preferred method since it will display graphically all previous versions of the file or folder. To invoke this method, simply browse to the file or folder you wish to restore, right click, and choose Restore previous versions. This will display all versions that are in the backups, and allow you to open the file to view it, copy the file, or restore the file. 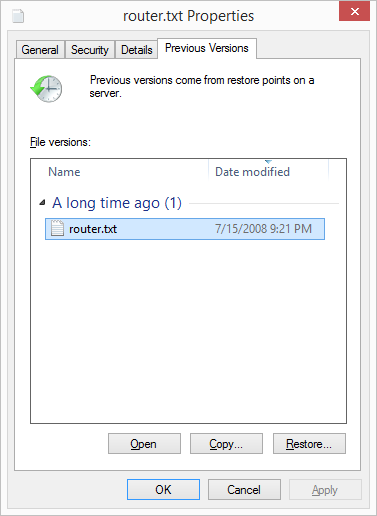 Overall, the Windows 7 backup utility is fairly good. With both file level and image level backups available, you can recover from practically any scenario. Its glaring omission is the lack of network support on the home versions of Windows 7, which is really unfortunate. Many people would rather back up their files to a NAS, especially in any house with more than one computer. But if you are running Windows 7 and you just have a single computer, it is worthwhile using this for the price of a single hard drive to back up to. Unfortunately, almost no one used this backup system so it was replaced when Windows 8 was launched.