At first sight, the ZM-K700M appears to be a simple, typical PC keyboard. Zalman is using a plastic matte black body, matching the material of the keycaps. The plastic construction hides the metal support frame on which the keys are attached on. Only the five extra keys to the left of the keyboard and the four media keys above the numpad clearly stand out as irregular. It would be difficult for someone who is not adept with keyboard designs to visually tell the difference between the ZM-K700M and a standard, electronic keyboard.

The five keys to the left of the keyboard are reserved for macro and special functions, but there is no extra software for their programming. Macros are being recorded and set "on-the-fly", using key combinations. These five keys are the only ones with hexagonal keycaps. The rest of the main keys are using normal cylindrical keycaps. Four more extra keys can be found above the numpad, which are primarily used for volume control but can also emulate mouse clicks. The fourth key is used to enable or disable the "Z-key mode", which essentially disables all of the keyboard's extra functions if connected via USB. 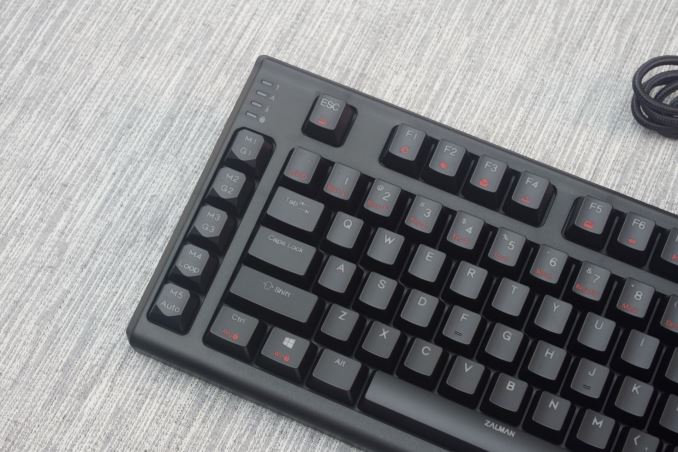 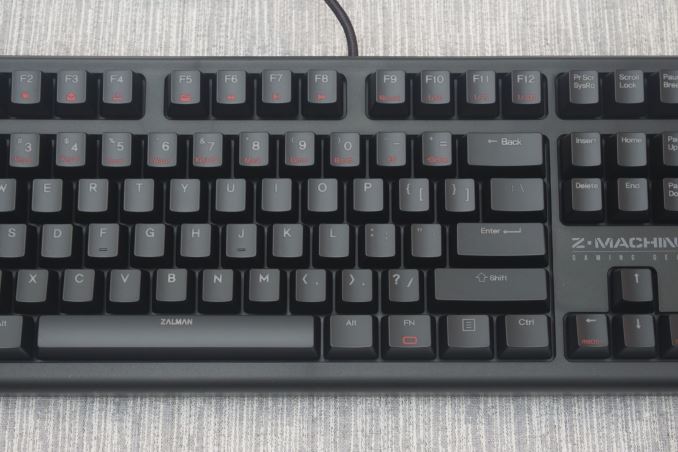 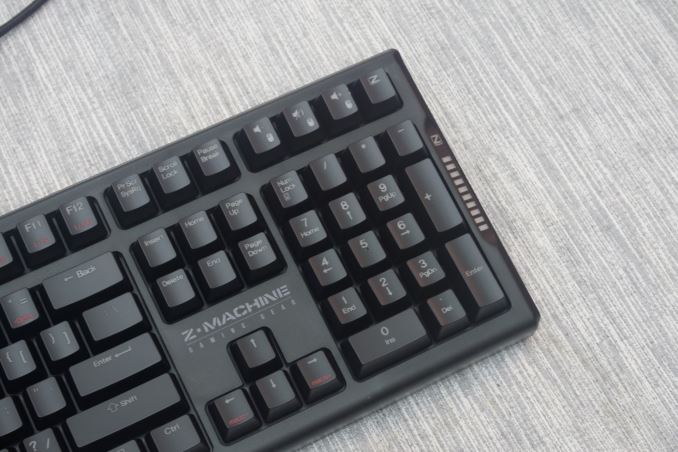 Zalman also replaced the right windows key with a FN key that, in combination with other keys, initiates the special function printed in red on the keycaps. The combination of the FN key with the number keys controls the backlighting settings, the F1-F4 keys provide quick launch/search options, the F5-F8 keys media controls and the F9-F12 keys adjust the repeat rate of the keyboard. The FN+CTRL combination locks the keyboard and the FN+Win key locks the Windows key. Other interesting shortcuts is that FN+G launches Google.com and FN+H links to the online user's manual, which are not printed on the "G" and "H" keycaps of the sample that we received. Finally, another shortcut that does not use the FN key is the double press of the Numlock key, which launches the calculator application.

If the Z-Key mode is enabled, essentially only the three first macro keys can hold macros; the fourth macro key initiates a loop mode and a fifth key an auto mode. Technically, the loop mode and the auto mode are both looping modes, with the difference being that the auto mode does not hold any timing intervals and registers any key sequence repeatedly and at once. If the Z-Key mode is disabled, all five keys can only store timed macros. If a macro has been programmed and stored in any of the standard macro keys, the timing intervals have also been recorded. However, it is possible to adjust the time intervals via the FN+arrow keys combinations (up to 10 times faster or up to 65 seconds maximum.

A highly advertised feature of the ZM-K700M is the LED bar indicator at the right side of the keyboard. The base function of this bar is to be a visual indicator of the typing speed, but it also displays any volume level changes, the brightness of the backlighting and the speed of the running macro. 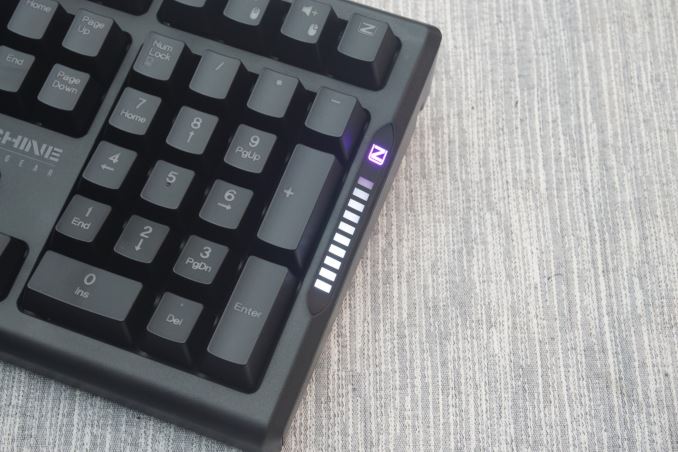 Beneath the keycaps, we found Cherry's original MX Red switches with white LEDs attached to them. The keys are mounted on a metallic frame that provides high mechanical strength, a usual setup for high quality mechanical keyboards. Larger keys have extra cross supports that minimize wiggling and balance the actuation force of the key. 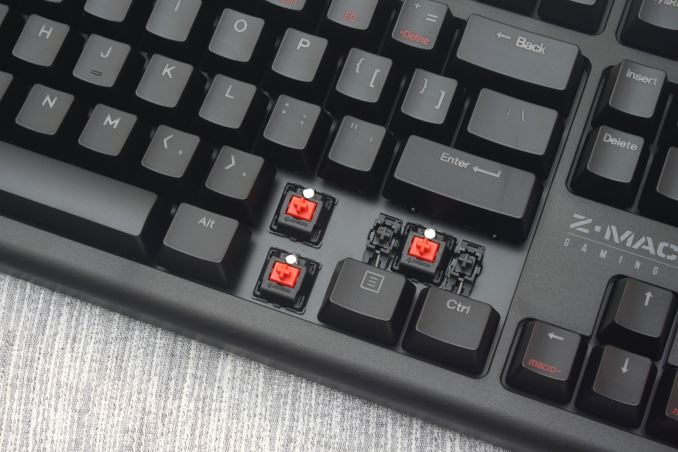 Under the keyboard we found large rubber anti-skid feet that make it almost impossible for the ZM-K700M to slip while sitting on a metallic, glass or wooden surface. Zalman also installed two sets of feet, one inside the other, allowing for two tilt adjustments. 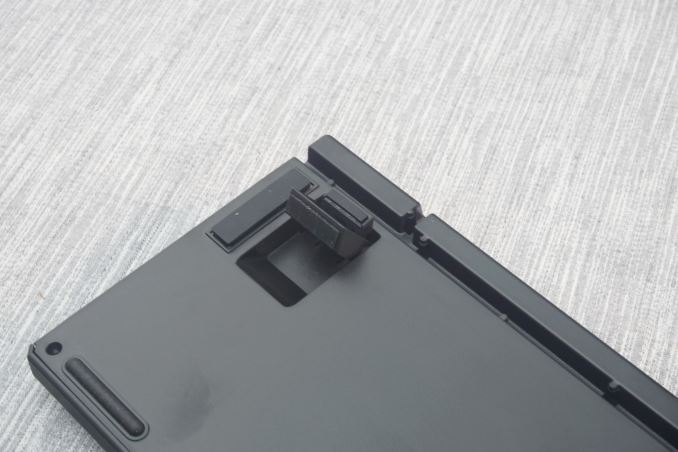 After dismantling the keyboard, we found a standard, green, well-made PCB, without any assembly imperfections. The core of the keyboard is a Nuvoton NUC120LD2DN Microcontroller. It is a 32-bit model that features a 50 MHz processor and 64 kB ROM. It is not the most advanced microcontroller available, but sufficient for the capabilities of the ZM-K700M.