The next set of Adrenalin updates has even shorter descriptions. Among them, FreeSync can be toggled per game, while the Radeon Settings UI has three new themes, though not user customizable. The release notes specified support for HDR10 titles with Radeon FreeSync 2 displays as well. 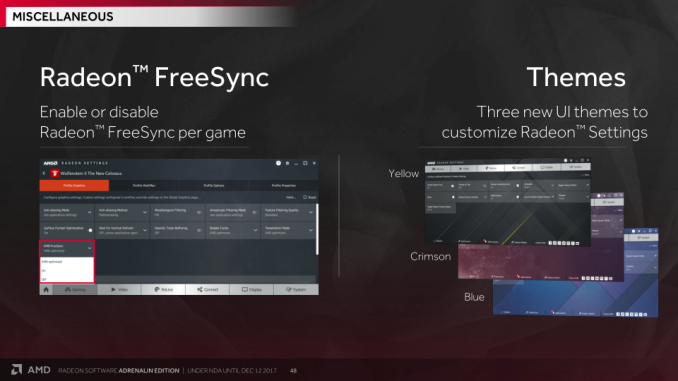 AMD also mentioned their “GPU Workload” Radeon Settings toggle between graphics and compute, intended for improved cryptocurrency mining performance, which was introduced in October’s 17.10.2. In this case, AMD explicitly stated that the ‘compute workload’ mode was designed for Ethereum.

Borderless windowed mode is now supported on Multi-GPU configurations. And like 17.7.2, AMD has worked on reducing latency in DX11 games. 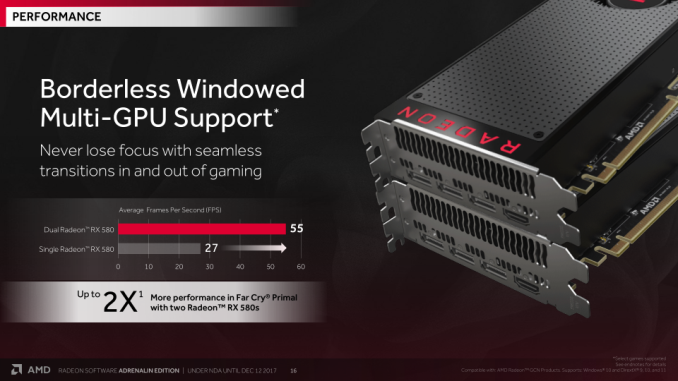 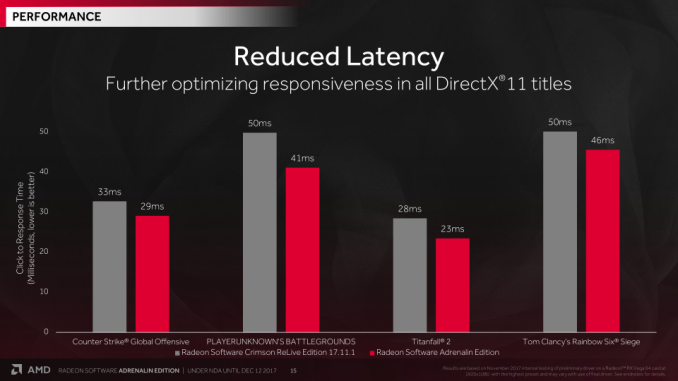 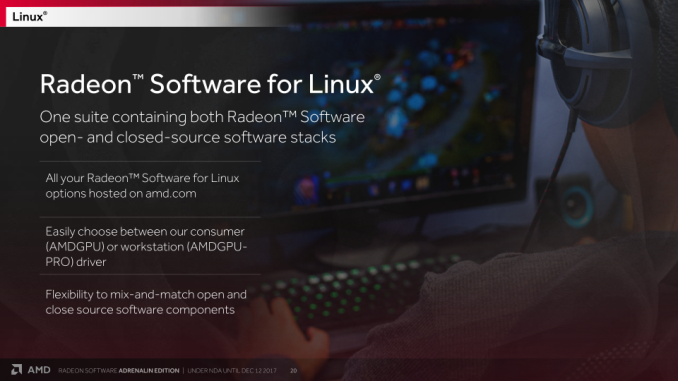 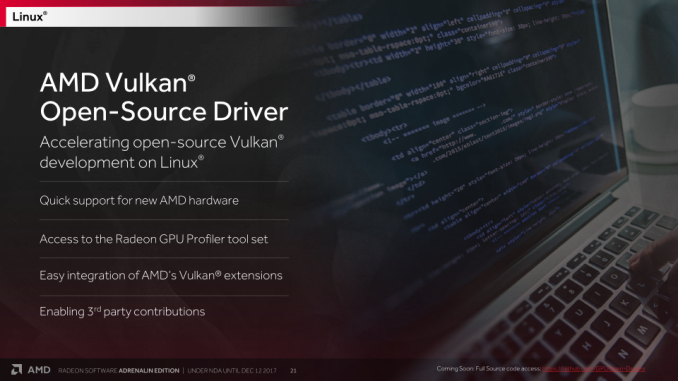