LAS VEGAS, NV — On the back of Intel's announcement for its new product line, Intel with Radeon RX Vega M Graphics, two OEMs have come forward as launch partners with products. HP is set to launch the Spectre X360 15-inch design very soon, with the official announcement today. Despite the name clash with the recent processor bug, HP is equipping a tried and tested notebook design ID with a combined CPU/GPU that should offer a number of positives.

This will be the third generation of Spectre X360 which first launched at CES 2016 and was created with the prosumers and creative enthusiast in mind. The photographers, videographers, illustrators, and developers targeted for this device wanted an increased battery life in the 4K model (matching the FHD), more performance, as well as a good GPU and touch screen and stylus because of the 3D applications used. To that end, HP bumped the processor up to the latest Intel 8th Generation Core with Radeon RX Vega M, or a Kaby Lake-R (i7-8850U) and an NVIDIA GeForce MX 150 discrete GPU, for increased graphics horsepower. Even with the increased capabilities, HP says the machine offers 13.5 hours of battery life using the Kaby-Lake-R CPUs or 12 using the Kaby Lake-G. The KL-G variants include fast charging to the tune of 90% in 90 minutes and 50% in 30 mins helping mobility and productivity with less time connected to charge. 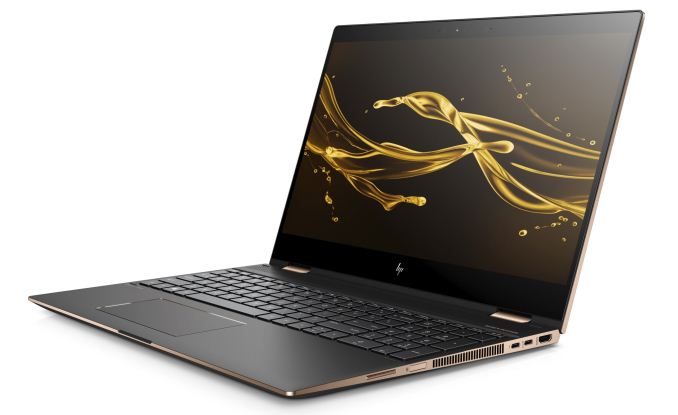 The updated design includes a full CNC machined chassis with a profile matching the smaller Spectre 13. The bezels have shrunk to 6.3mm which HP says is 3.8% thinner year over year difference. The 15” unit includes a 4K 15.6-inch UHD IPS touchscreen with Gorilla Glass 4 to help protect the panel. The geared hinge supporting the monitor allows for a large range of motion to support its multiple modes as a convertible. The audio was also upgraded and is now handled by four high-quality Bang and Olufsen speakers.

The keyboard adds a number pad making shortcuts from content creation and other applications easier to access. With this change, the speakers were moved up top instead of the sides and the touchpad is moved and centered. Access to the device uses secure, smart technology such as fingerprint as well as logging in using the integrated IR camera and Windows Hello ensuring users have an option. Also included is the HP Pen (Tilt pen is optional at $50) rounding out an ecosystem of simultaneous pen and touch capabilities, as well as keeping security in mind. Due to the discrete GPU and increased battery size, the chassis is slightly thicker and heavier. 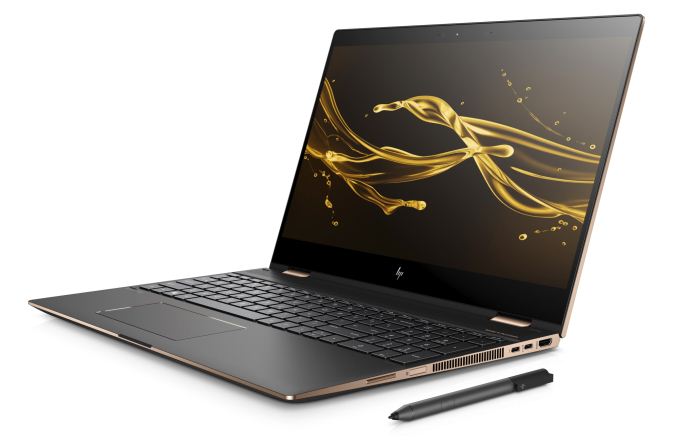 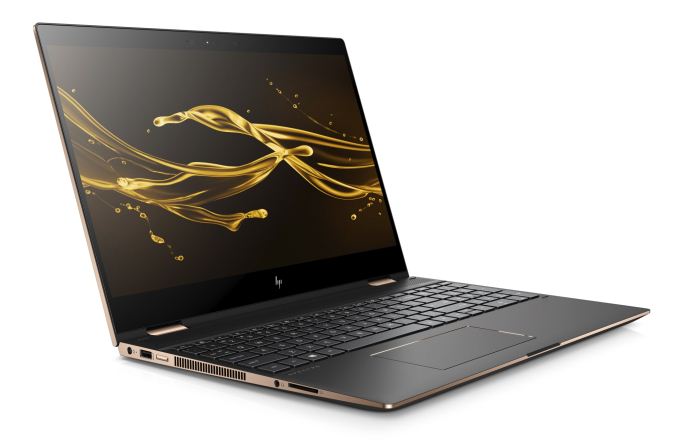