When the security tab is released, the bottom part of the top cover (anodized aluminum) pops up a centimeter or so, and then the cover needs to be slid down and out to be unhinged from the rest of the unit. The security tab is actually a spring mechanism that is attached to two hooks that is secured to two slots in the cover. 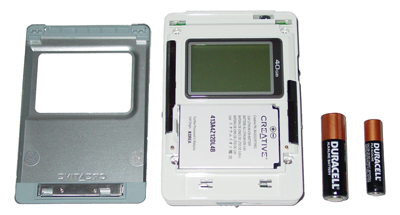 
The 3.6V Lithium Ion battery pack that the Jukebox Zen Xtra uses is the same used for the Muvo2 and Jukebox Zen NX. We were glad to see that the battery was of the Lithium Ion variety, mainly because of the benefits of constant recharging.

We really enjoy the concept of a removable rechargeable battery because this brings back the ability of swapping batteries to increase battery life. No longer is there a need to stop and wait for a recharge before use; if you have a spare battery, swapping in and out makes recharging a second thought.

The only issue we have is that charging can only be done within the unit. You can't just swap a battery out and charge it while using another. Creative hasn't made a recharging bay/station available that charges their removable battery, which is something that would be great for the future. The only way that you can swap batteries in and out for a long flight is to charge each battery one by one before you go, and recharge them one by one afterwards.


The headphones included for the Jukebox Zen Xtra are the same ones that are included with the package for the Muvo2 4GB MP3 player. The odd thing about this pair of headphones is that they are overly large. The earbuds themselves don't quite fit (several people have commented on this), and they are even more uncomfortable due to the increased size that the padding adds to them. To be perfectly honest, we can't imagine most people using these headphones without some sort of a complaint. 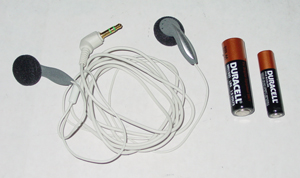 
Comparing an earbud on this headphone set to our new Apple in-ears helps show the relative size difference. The earbud size for the Apple in-ears is actually the medium sized one, which just goes to show how large the headphones are that come bundled with the Jukebox Zen Xtra and Muvo2 4GB. 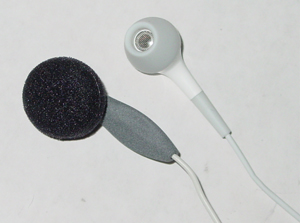 Aside from the headphones, battery pack, and power adapter, Creative also includes a holster with a belt clip to hold the Jukebox Zen Xtra. Overall, the design of the holster is well done, the LCD screen is visible, all of the buttons are accessible and so are the USB and headphone ports. This means that the only time you need to remove the MP3 player from the holster is when you want to charge the unit, since the security clip blocks the power port. 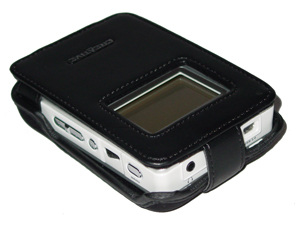 
While it is nice in design, it doesn't work well when put to use. The Jukebox Zen Xtra is already quasi-bulky, and the addition of the holster only makes the MP3 player cumbersome. We preferred to use it without the holster when we went out.