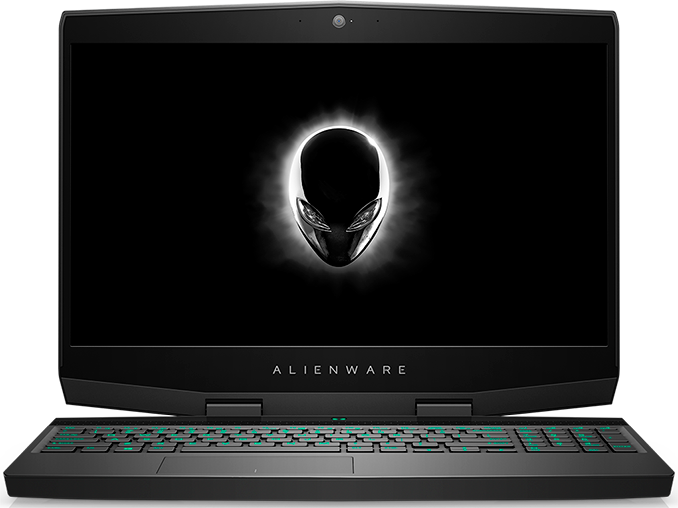 Released last October, Dell's Alienware m15 laptop was the brand’s first attempt to address the growing market for stylish and portable gaming laptops. The 15.6-inch machine indeed looks very impressive and with new CPU, GPU, and display upgrades that Dell is going to offer, the notebook is set to get even faster and should offer performance comparable to that of small form-factor gaming desktops.

Starting late January, Dell will offer updated versions of its Alienware m15 notebooks that powered by up to Intel’s latest mobile CPUs – including its six-core Core i9-8950HK CPUs – and accompanied by NVIDIA’s GeForce RTX 2060, RTX 2070 Max-Q, or 2080 Max-Q graphics processors. There will also be entry level configurations equipped with NVIDIA’s GeForce GTX 1050 Ti, but it remains to be seen how widespread such configs will be.

Besides the new CPU and GPU options, the updated Alieware m15 will offer slightly different storage subsystems. The upcoming models will come with up to a 1 TB PCIe SSD in a single-drive builds (up from 256 GB SATA SSDs today) as well as up to two 1 TB PCIe SSDs in dual-drive configurations (up from 1 TB PCIe SSD + 1 TB HDD today).

On the display side of things, top-of-the-range Alienware m15 models will come with a 4K HDR 400-rated display panel, which will be able to hit up to 500 nits brightness in HDR mode. Dell will continue to offer Full-HD and Ultra-HD IPS LCDs with cheaper models, as well as Full-HD 144 Hz TN panels to hardcore gamers seeking the highest refresh rates.

The new Alienware m15 will retain the current Epic Silver and Nebula Red chassis designs, outfitted with the AlienFX RGB lighting. The laptops are 20.99 mm (0.8264 inch) thick and weigh 2.16 kg (4.76 lbs). The upcoming laptops will also keep using a 60 Wh battery that will be installed by default and is rated for 7.1 hours of video playback, with an optional 90 Wh upgrade for build-to-order configurations (obviously, such builds will weigh more than 2.16 kilograms).

The new Alienware m15 laptops will hit the market on January 29, 2019. Prices will start at $1,580. The entry level config is said to use the “latest NVIDIA graphics”, presumably the GeForce RTX 2060 since the GeForce GTX 1050 Ti belongs to the previous generation.