I don’t usually pay much attention to corporate executives and the hirings, firings and resignations thereof. It’s not that executives are unimportant, it’s that they’re not exactly what I’m passionate about. While I never pass up an opportunity to meet with an exec, I generally walk away more impressed after a conversation with a Fellow. 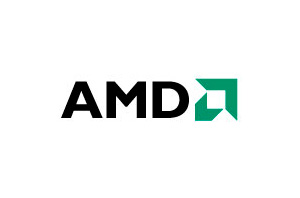 Today’s resignation of AMD’s former CEO Dirk Meyer seemed like reason to pay attention. It wasn’t a scandal or anything vile that led up to the resignation, just a good old fashioned differing of opinion. To quote AMD’s press release:

”However, the Board believes we have the opportunity to create increased shareholder value over time. This will require the company to have significant growth, establish market leadership and generate superior financial returns. We believe a change in leadership at this time will accelerate the company’s ability to accomplish these objectives.”

The implication being that Dirk’s plan for AMD wouldn’t result in significant growth, establish market leadership and generate superior financial returns. The question is what was Dirk’s plan and what direction does AMD’s Board of Directors believe it should be headed in instead?

Dirk Meyer has been nothing but good for AMD since he took control in 2008. As AMD points out Dirk successfully spun off Global Foundries (the industry as a whole may owe him thanks for that as it seems to be gearing up to be a major player in the future of chip manufacturing). In doing so Dirk also floated a sinking ship—AMD managed a return to profitability under his watch. We’re also on the cusp of AMD’s most active year ever. Brazos just launched and we’ll get both Llano and Bulldozer before the year is out. When was the last time AMD launched three different architectures in a 12 month period? Never, that’s when.

So what wasn’t Dirk prepared to do? AMD still doesn’t have a public ultra mobile (read: smartphone) strategy, but would that be enough to resign over? I don’t have any reason to believe that Bobcat wouldn’t eventually be folded into a smartphone SoC. AMD typically lets Intel open up a new market and then follows it in as an alternative. I suspect it’s a safer bet to let Intel duke it out with ARM for control of the smartphone market before deciding to enter. Based on the outcome there, AMD could choose to enter under either the x86 or ARM banners.

I was talking to Ryan Smith earlier tonight when the news broke and he mentioned something that caught my interest:

“Mark my words, at some point they're going to try to sell the company to ATIC. Let ATIC deal with fighting Intel, and the board/investors can pocket a nice profit. Certainly if you were trying to sell, you'd sack Dirk. He doesn't seem like the kind of guy that would let them do it.”

This is just one of the many reasons I love working with Ryan—he always looks at things at an angle I hadn’t previously considered. ATIC, the company funding Global Foundries, would be a good suitor for AMD. It has the resources to fund a fight with Intel as we’ve already seen from Global Foundries...oh, and it also happens to own a number of microprocessor fabs that conveniently are very well suited to manufacturing AMD microprocessors.

Obviously everything here is pure speculation. While Dirk saved AMD from extinction, the press release seems to indicate he wouldn’t be the right guy to take AMD to the point of making tons of money. With Intel executing as well as it has been, I’m not sure if a change in CEO will be enough to fix that. AMD needs an influx of revenue to fund the sort of projects it needs in order to gain significant market share.

To be honest, I don’t know Dirk personally and I don’t know why he’d choose to part ways with AMD. Changes like this are usually the result of something significant however. We’ll probably find out the answer in the next 24 months.