The internal specifications, as well as the available I/O ports, of the LenovoEMC ix4-300d and the Western Digital My Cloud EX4 were tabulated in the previous page. Both the NAS units come with 90W power bricks (100 - 240V AC-in, 19V @ 4.7A DC-out). Despite having two GbE ports, only one RJ-45 cable is supplied in each package. While the EX4 doesn't have any I/O ports in the front, the ix4-300d has a USB 3.0 port beneath the power button. Moving to the rear, the WD EX4 has two power jacks, two USB 3.0 ports, a recessed reset button and two GbE ports at the top. Perforations for a single large fan make up the lower segment. On the other hand, the ix4-300d has two USB 2.0 ports, two GbE ports, a recessed reset button and the DC jack on the left side of the rear face, while a single large fan makes up the right side.

On the i4-300d, the chassis cover has to be removed in order to add or replace hard drives. This is an acceptable solution since the unit doesn't have hot swap capability. The drive caddy is interesting in the sense that the hard drives don't need to be secured with screws. Rather, the caddy has 'screws' which slot into the appropriate drive holes. The caddies have to be pulled out with force, and the whole drive addition / replacement experience, though fast, is not entirely a pleasant one. It would be preferable to have a traditional caddy to support both 2.5" and 3.5" drives. The EX4, on the other hand, completely does away with the caddies. The hard drive slots are sized exactly to fit in a 3.5" drive in the correct orientation. There are no drive caddies or screws to bother with. Despite the Marvell ARMADA XP in the ix4-300d being clocked only at 1.3 GHz and the Kirkwood SoC in the EX4 being clocked at 2.0 GHz, it is the ix4-300d which has a heatsink on top of the SoC. The EX4 just opts for open air cooling. 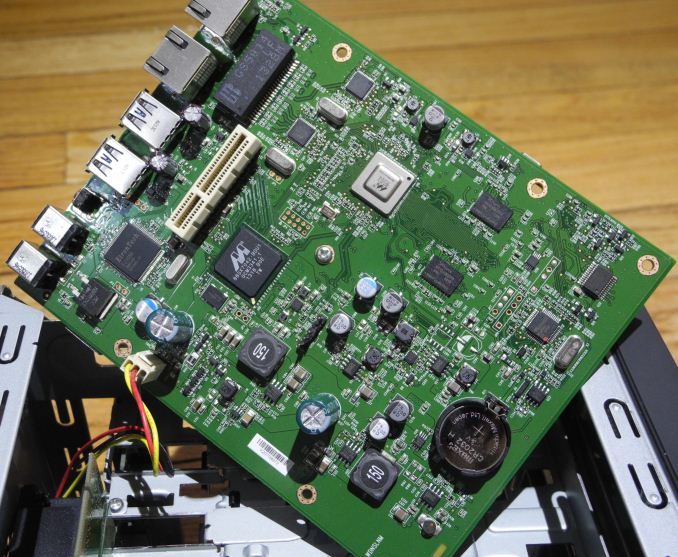 The Marvell 6282 is a well-known entity in NAS circles. We have seen its 1.6 GHz lower-clocked cousin in the Synology DS211+ and the Netgear NV+ v2. As a recap, the SoC configuration of the 6282 is provided below. 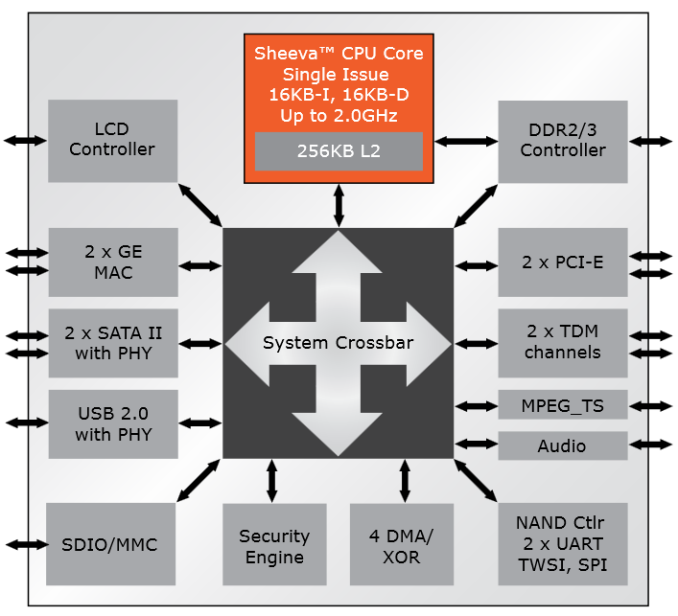 The WD EX4 has two GbE ports, and we can see that the 6282 has two native GbE MACs on-board. The other interesting components on the board are the Marvell 88SX7042 (4-port SATA to PCIe x4 bridge), the Etron EJ168A (2-port USB 3.0 to PCIe x1 bridge) and two Marvell 88E1518 GbE transceivers. Even considering the fact that the SATA SERDES lanes on the 6282 were reconfigured for PCIe (unlikely, since there is no reference in the Marvell documentation to that being possible), we are left with an imbalance: A total of five PCIe lanes are needed for the peripherals, while the SoC only provides two. It is simply not possible for the system to support all peripheral I/Os are full speed. What does this have on routine performance? We hope to address this in the performance sections of the review.

Moving on to the ix4-300d, we find it to be based on a dual-core Marvell ARMADA XP dual-core solution, the Marvell MV78230. A block diagram of the high-end ARMADA XP solution is given below. 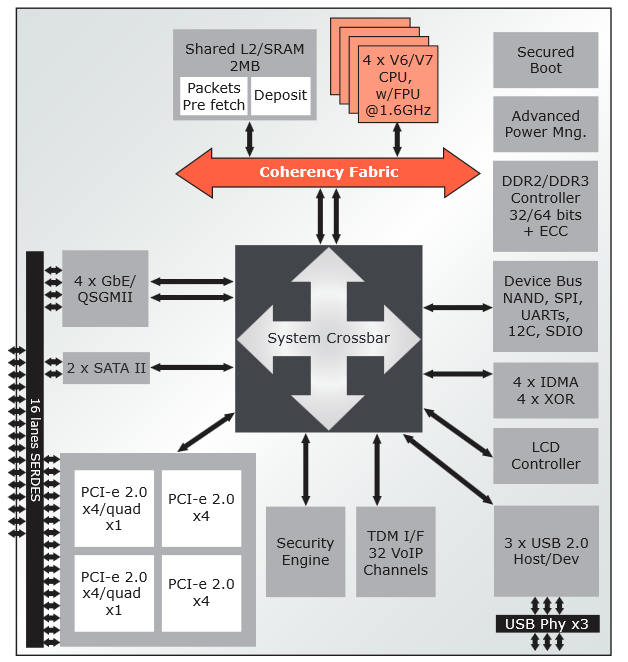 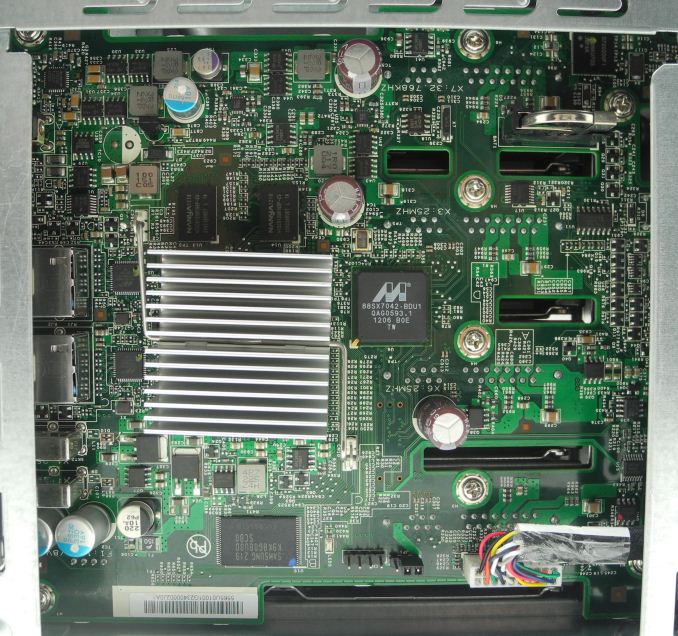 The Marvell 88SX7042 SATA to PCIe bridge again makes an appearance. The four SATA ports connect to the daughterboard and interface with the disks in the drive bays. On the other side, this bridge connects to four SERDES lanes (configured as PCIe) on the MV78230. On the top right of the picture above, a Renesas µPD720200A USB 3.0 to PCIe 2.0 x1 bridge can be seen. It takes up one more SERDES lane. This still leaves a couple of spare SERDES lanes, as the only other I/Os (two USB 2.0 ports and two GbE ports) have direct interfaces on the SoC. On the whole, the platform design of the ix4-300d seems to be able to guarantee exploitation of the full performance from all connected peripherals simultaneously. The performance sections will prove whether the inferences from the board design translate to performance in real-world situations also.