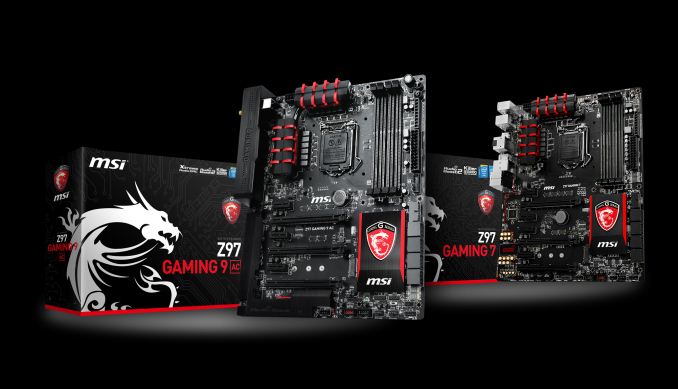 On Sunday Intel lifted its embargo on its Haswell refresh, including the updated Z97 chipset. From a high level, Z97 looks a lot like last year's Z87. Z97 primarily adds official support for M.2 and SATA Express, as well as RST support for PCIe storage devices. This year we'll see the transition to native PCIe/NVMe SSDs, so Z97 marks the beginning of a platform transition to a world where PCIe storage is more widespread. 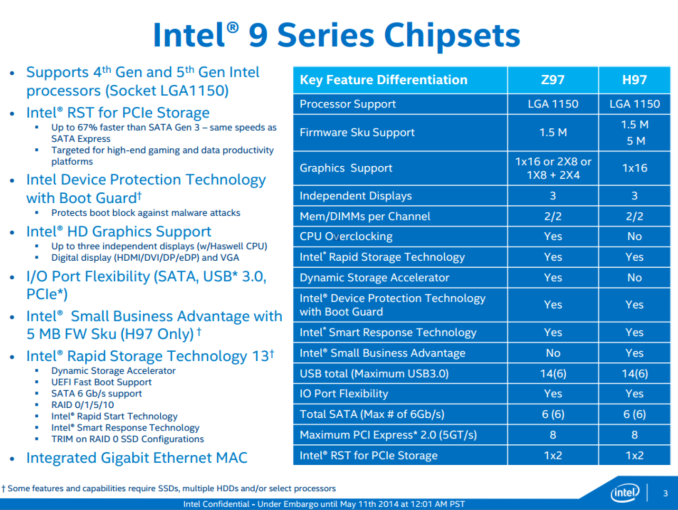 We'll be publishing Z97 motherboard reviews over the coming days, but to kick off the launch MSI is giving AnandTech readers the chance to win one of four Z97 motherboards. We've got two MSI Z97 Gaming 9 AC motherboards and two Z97 Gaming 7 boards to give away.

Both are high-end options for your next Haswell build, either with one of the existing SKUs, newly refreshed CPUs or upcoming Devil's Canyon parts.

Upon entering any contest, sweepstakes, or promotion (a “Promotion”) offered by anandtech.com (the “Site”), a website owned and operated by AnandTech, Inc. (“AnandTech”), you must agree to the following Official Rules and Regulations (the “Rules”) as well as any additional rules governing a specific Promotion that AnandTech publishes on the Site.

NO PURCHASE NECESSARY TO ENTER OR WIN.  PURCHASE DOES NOT INCREASE CHANCES OF WINNING.