So, the Xeon E5 "Haswell EP" and Xeon E7 "Haswell EX" are the same chip, but the latter has more features enabled and as result it finds a home in a different system architecture. 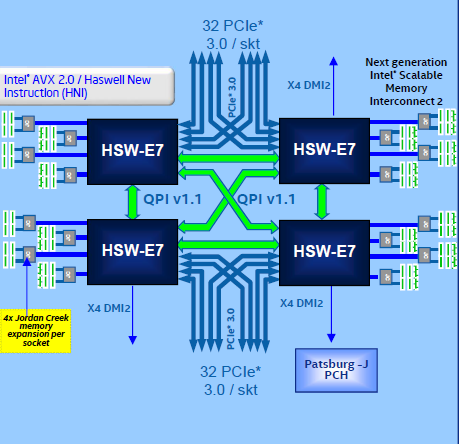 Debuting alongside the Xeon E7 v3 is the new "Jordan Creek 2" buffer chip, which offers support for DDR4 LR-DIMMs or buffered RDIMMs. However if necessary it is still possible to use the original "Jordan Creek" buffer chips with DDR3, giving the Xeon E7 v3 the ability to be used with either DDR3 or DDR4. Meanwhile just like its predecessor, the Jordan Creek 2 buffers can either running in lockstep (1:1) or in performance mode (2:1). If you want more details, read our review of the Xeon E7 v2 or Intel's own comparison. 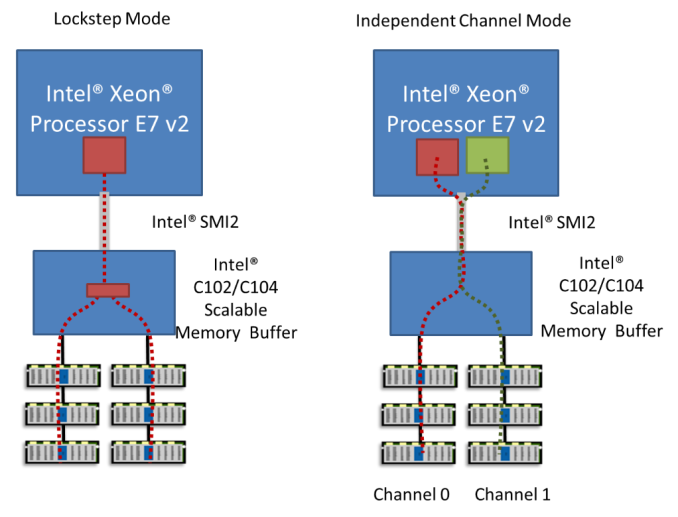 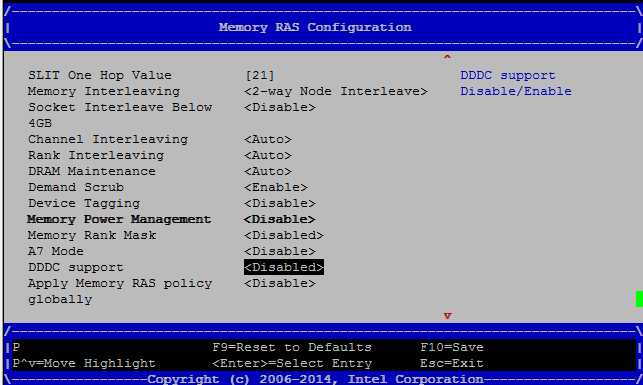 This is a firmware option, so you chose once whether being able to lose 2 DRAM chips is worth the bandwidth hit.

The different platform/system architecture is the way that the Xeon E7 differentiates itself from the Xeon E5, all the while both chips have what is essentially the same die. Besides being able to use 4 and 8 socket configurations, the E7 supports much more memory. Each socket connects via Scalable Memory Interconnect 2 (SMI2) to four "Jordan Creek2" memory controllers. 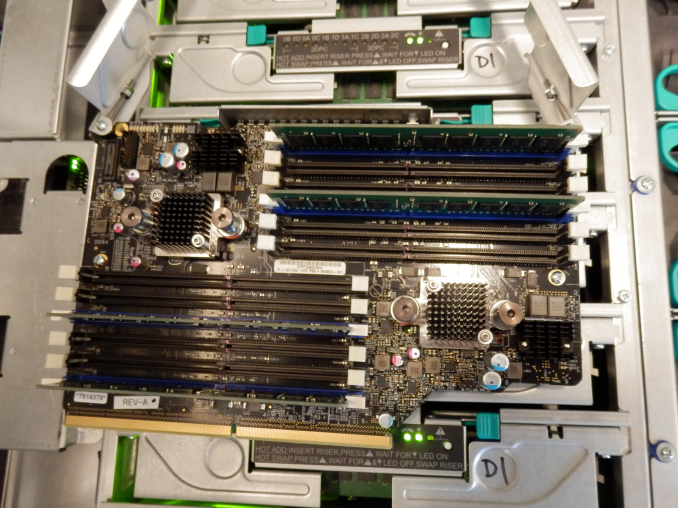 Each of these memory buffers supports 6 DIMM slots. Multiply four sockets with four memory buffers and six dimm slots and you get a total of 96 DIMM slots. With 64 GB LR-DIMMs (see our tests of Samsung/IDT based LRDIMMs here) in those 96 DIMM slots, you get an ultra expensive server with no less than 6 TB RAM. That is why these system are natural hosts for in-memory databases such as SAP HANA and Microsoft's Hekaton. 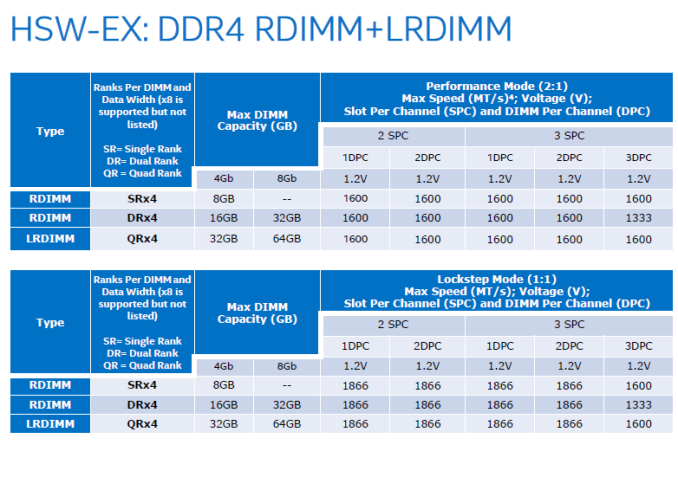 There is more of course. Chances are uncomfortably high that with 48 Trillion memory cells that one of those will go bad, so you want some excellent reliability features to counter that. Memory mirroring is nothing new, but the Xeon E7 v3 allows you to mirror only the critical part of your memory instead of simply dividing capacity by 2. Also new is "multiple rank sparing", which provides dynamic failover of up to four ranks of memory per memory channel. In other words, not can the system shrug off a single chip failure, but even a complete DIMM failure won't be enough to take the system down either.