What’s in a name, you may ask yourself. Branding is likely one of the more difficult tasks out there, and companies like Microsoft seem to move around on branding, and what seems like a good naming decision at the time can be shown to be the wrong move with the benefit of hindsight. So it was for Microsoft’s Zune brand, which consisted of not only the Zune media players but also PC software and services. The Zune name was killed off and replaced with one of the stronger brands for Microsoft on the consumer side, with it being replaced with Xbox Music and Xbox Video a couple of years ago.

While the Xbox name is well known, it is also well known for a gaming system, and not necessarily media. The Xbox One pushed media as one of its strengths when it was launched, but perhaps it was pushed too hard at the expense of gaming, and over the last year or so Microsoft has been pushing the Xbox brand as a gaming brand. So I suppose it should come as no surprise that the Xbox Music and Xbox Video brands are being phased out. They do not fit in with the gaming brand, and they don’t necessarily reflect the actual services very well either. 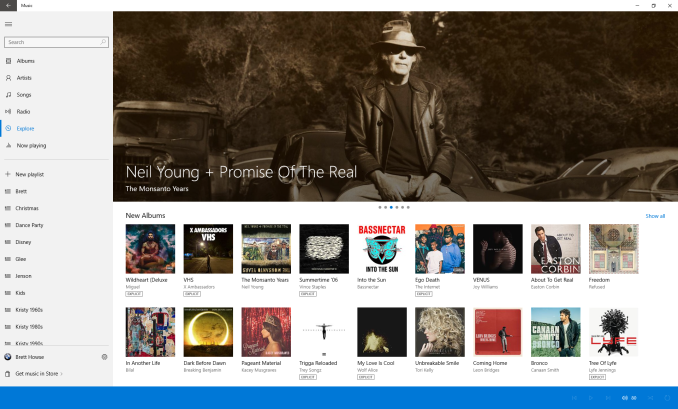 Music, as it is named now, will be called Groove

Xbox Music is being renamed Groove, which at least fits in with the music theme. Like I said before – branding is hard. Perhaps it is also an attempt to at least have the service mentioned, since it certainly seems to be the forgotten music service. Apple recently released their Apple Music service to great fanfare, but in almost all comparisons it was compared to Spotify and Google Music, and not Xbox Music. Xbox Music, now Groove, formerly Zune, has been an all-in-one music service for some time. Way back in the Zune days it even offered a paid streaming tier which originally included ten MP3s to download per month to keep for the $14.99 per month price, which I believe was an attempt to bridge the gap between people who were used to owning music rather than paying to stream music. In 2011 the price was reduced to the now familiar $9.99 per month or $99 per year, but the ten bonus tracks to keep was taken away.

Now we have Groove, which is really just the same as Xbox Music, but at least no one should be confused into thinking they require and Xbox to use it (and yes, I’ve heard that exact complaint before) and other than the name change, it continues as the same service as Xbox Music. It offers à la carte music purchase, or full album purchase. If you want to stream music to the app, you can simply copy your mp3 files to the OneDrive music folder, and it will give you free streaming of your collection. It also offers the paid tier which grants access to the entire music library, which is somewhere around thirty million songs. Microsoft offers monthly purchase for $9.99, or annual payments of $99.99, so you can save a bit by purchasing an annual plan. They also offer some pretty steep discounts around Black Friday, with an annual pass being as low as $30 or so.

One thing that it used to offer back in the Zune days was playlists created by real people, but with the demise of Zune this has also gone away. They offer a “radio” feature, but it is just an algorithm that picks music based on a song or artist. Perhaps with Groove they will update the service to include more social features and make it easy to share playlists, but at the moment it does not offer much in the way of social. What it does offer though is availability. There is a client for Windows 8, Windows 10, Windows Phone, iOS, Android, Xbox, and even on the web. The iOS and Android apps are not as full featured, with those platforms lacking the free OneDrive support, but that support is coming soon. 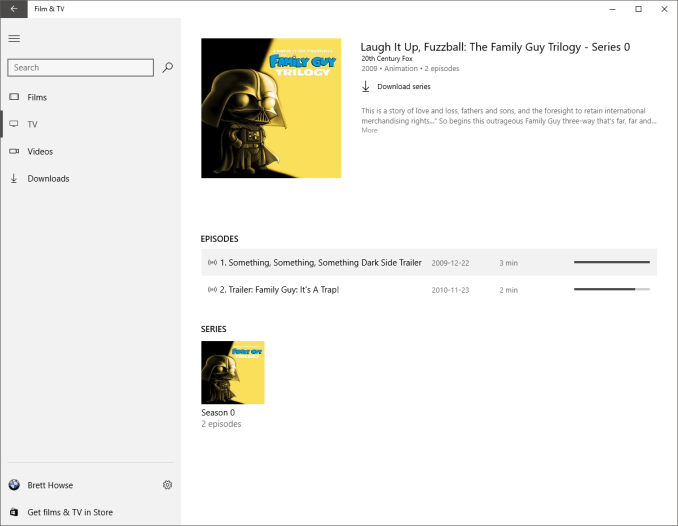 Film & TV will be renamed to Movies & TV in Windows 10

Xbox Video is also being renamed to a very bland but descriptive Movies & TV. Once again, I believe there was some confusion that Xbox Video required an Xbox, which was never the case.

Xbox Video used to be the place to buy and rent movies as well, but that functionality is being migrated over to the Windows Store to make it the one place you go to do any of your purchases.

I’m an Xbox Music subscriber, and have been happy with the service. The rename to Groove makes sense but they will have to work hard to build up that brand if they want it to succeed. There certainly was some confusion with the names being under the Xbox umbrella, and the Xbox brand has been more focused on gaming over the last while so these change were needed. And after all, what’s in a name?