Toshiba Refreshes The Chromebook 2 With Broadwell

Toshiba announced today that it has refreshed their Chromebook 2 model. The new version will be available with 5th generation Core i3 or Celeron processors. Thanks to the the poor branding by Intel and vague release notes by Toshiba, the Celeron model may be the same N2840 as before or it may also be Core based. This is a pretty mild refresh, but the optional Core should mean a pretty significant increase in performance compared to the outgoing Silvermont based N2840. 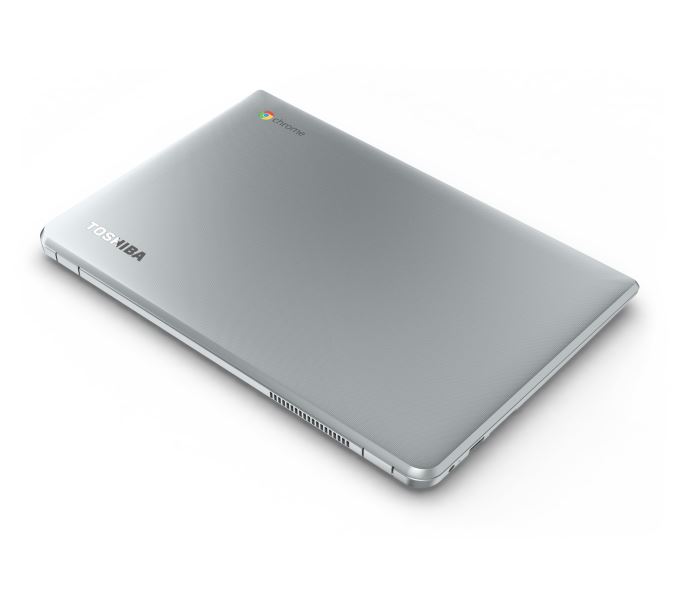 The Chromebook 2 keeps its 13.3-inch IPS display, as well as the ability to configure it with up to 4 GB of memory which should be plenty for most tasks in Chrome OS. The notebook is just 2.9 lbs and offers up to nine hours of battery life according to Toshiba. The company is trying to leverage some other branding as well, saying that the front facing stereo speakers are tuned by Skullcandy.

Overall, the device does not change much, but it was already one of the nicer looking Chromebooks around. We were able to do a full review on this based on the N2840 Celeron, and the one complaint was that it needed a bit more processing power. The i3 model should help out a lot in that respect. The new model also gains a backlit keyboard which is kind of surprising in this price range. 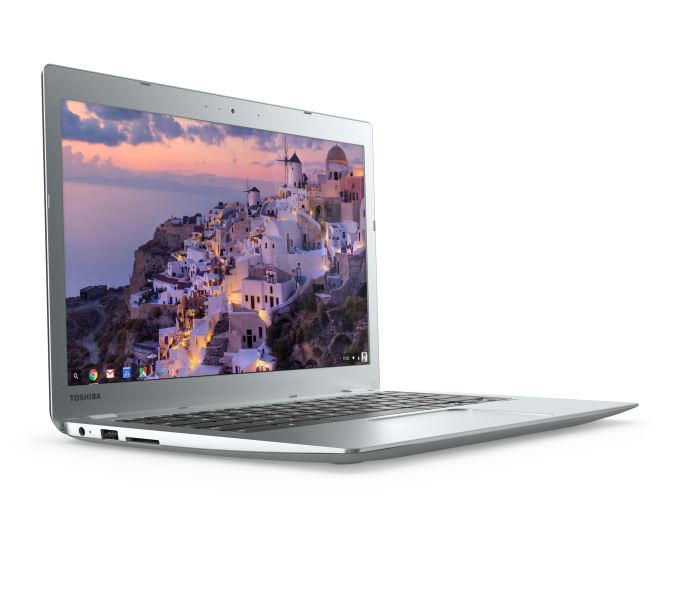 The new models will be shipping on October.