Titan is for AI

The NVIDIA Titan V Deep Learning Deep Dive: It's All About The Tensor Cores

When we last discussed the NVIDIA Titan V in our preview, it was only a few weeks after its surprise launch at NIPS 2017. We came away with the understanding that the Volta-based Titan V was a new breed of NVIDIA’s Titan, their prosumer line of video cards, one that essentially encapsulated NVIDIA’s recent compute achievements and how they got there. Which is to say, deep learning and neural networking has quickly become the driving force behind NVIDIA GPUs as state-of-the-art compute accelerators, now incorporating built-in with hardware and software acceleration for machine learning operations. Deep learning prowess is the calling card of the Titan V and of Volta in general, and that performance is what we will be investigating today. 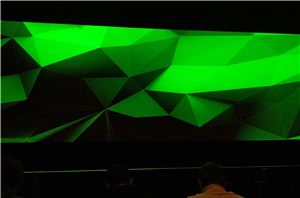 Stay tuned for coverage of NVIDIA's Keynote at GTC Europe. Heading up the presentation is NVIDIA CEO, Jensen Huang. GTC Europe is now NVIDIA's key automotive event due to...