2015 has been a pretty big year for Apple as a company. Product launches this year included the Apple Watch, the iPhone 6s and 6s Plus, the iPad Mini 4, the iPad Pro, and the new Apple TV. This month is a big month for their software launches, with today marking the release of iOS 9 as well as watchOS 2, and OS X El Capitan launching at the very end of the month. I hope to do some sort of review of the new features in watchOS 2, but today's article focuses strictly on iOS 9 and everything new that Apple is bringing to their biggest operating system for both users and developers. Read on for the AnandTech review of iOS 9. 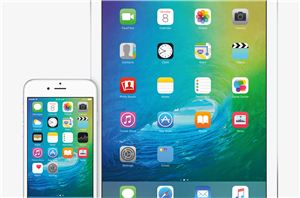 Today Apple has made a number of announcements relating to their three major operating systems. We've seen the announcement of WatchOS 2 for the Apple Watch, OS X El...