Today Xiaomi is announcing three new devices – the 11T, the 11T Pro and the 11 Lite 5G NE. We’ve had the first two in for review for a bit now and are able to give some first-hand experiences with the phones today. 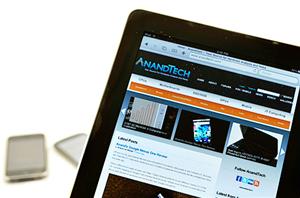 Apple's iPad A4 SoC: Faster than the Nexus One's Snapdragon?

You all should know me well enough by now. What do you think was the first thing I did once UPS dropped off my iPad this afternoon? I've been wanting... 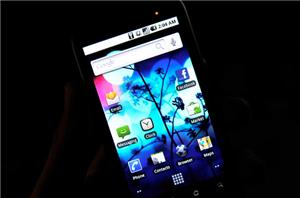 Off and on I've used Android devices since the platform's inception, dating back to the T-Mobile G1. And man, did I hate the G1. It was slow, lacked any... 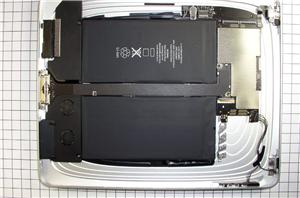 Apple iPad: The FCC Dissects it So We Don't Have To

We've been keeping an eye out for the iPad's inevitable FCC Filing, and although initial documents posted today at a number of sites, the images of the all important... 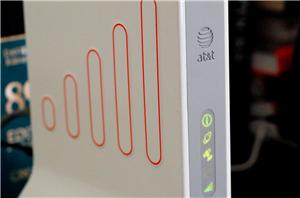 Over the past two years the carrier debate has really heated up. AT&T has been dangling its waning iPhone exclusivity while Verizon has poked fun at the former's 3G...

With the exception of Microsoft's Windows Phone 7 Series announcements over the past couple of months, the smartphone market hasn't really been all that interesting. We're at a transition...

Palm WebOS, Pre and Pixi – Where Are We Now?

The last few weeks have seen a flurry of activity surrounding Palm, the former PDA and smartphone leader which, in recent years, has fallen on hard times. Given that...

Microsoft has been behaving rather strange these past few years. After spending much of 2006 in denial about the threat the iPhone posed, we're finally seeing the beginnings...

Microsoft answered nearly all of the questions we had about Windows Phone 7 Series after Mobile World Congress at this year's MIX. 7 series is quickly shaping up to...

THX is well known for its audio standards. But when you see THX on an HDTV panel, what does that mean? Loyd digs in to find out.

Microsoft has finally unveiled its platform to return to feature competition in the smartphone space. Is it enough to hang with the likes of Android, iPhone OS and webOS?

For not actually shipping a product, there's a lot to take in based on today's iPad announcement. We wrestle with available information to figure out where this thing...

NVIDIA's new SoC has a pair of ARM Cortex A9s on a single die. If you thought the A8 was fast, this is going to blow your mind.

Have $30? Thanks to the XBMC team and Broadcom you now have a way of upgrading your anemic netbook, nettop, AppleTV or Mac Mini to a HTPC capable...

Preparing for the ultra mobile future, Epic Games showed us an exclusive demo of Unreal Engine 3 running on a 3rd generation iPod touch.

A couple of weeks ago Marvell announced its ARMADA line of custom ARM based SoCs. We have a little more detail on one of its members: the 166E...

The iPhone 3GS improves performance by leaps and bounds over its predecessor. Today, we go through its architecture and understand how.

Lab Update: The Pre, Nokia and Intel, SSDs and More

I provide some brief looks into what's going on in my lab this week and next.

When I first met Apple's iPhone, I was very impressed. Meet the first smartphone to impress me since.

What's the first thing I did with my new iPhone 3GS? Benchmarked it.

We take a look at the top gaming mouse from Gigabyte and realize it might indeed be a real GHOST when it comes to gameplay.