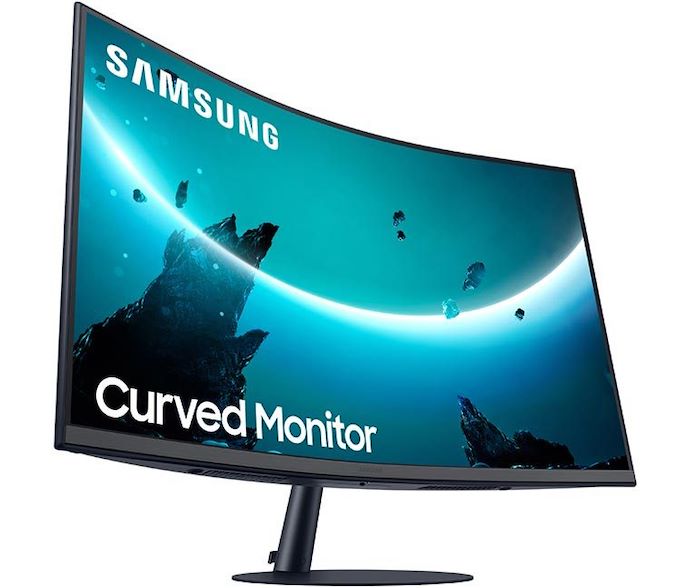 As one of the major proponents of curved displays, Samsung has been applying curved panels to numerous monitors over the years. Many of these monitors have been aimed at gamers and prosumers, while for other market segments, such as SOHO, Samsung hasn't approached them with the same zeal for rounded displays. Last week, however, the company changed that, revealing its new T55 monitors that feature an aggressive 1000R curvature along with TÜV Rhineland’s Eye Comfort certification for certain models.

With the monitor market already beyond saturation with traditional displays, the key selling point for Samsung's TD5 displays is of course the 1000R curve. With most monitors on the market using 1500R or 1800R curves, the TD5s have a noticeably narrower curve than other monitors. Citing a a clinical study conducted by professor Seong-Joon Kim at Seoul National University Hospital, Samsung is promoting the new curved displays as provoking less eye strain than flat monitors, as they bring the whole picture closer to the human eye. Furthermore, Samsung says, because the 1000R curvature radius closely matches the human field of view, this is a more optimal curvature than less aggressive options. To that end, 1000R curvature is the core feature of the whole Samsung T55 lineup. 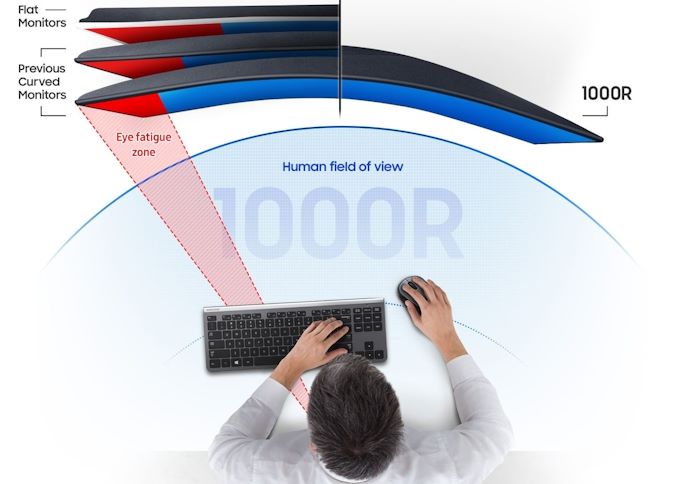 The monitors feature a minimalist ‘3-side borderless’ design with a fabric-textured backside and use stands with a 6-mm slim metal base that can only adjust tilt. As for connectivity, the monitors have a DisplayPort input, a D-Sub input, and an HDMI port to ensure compatibility with both modern and legacy PCs.

Designed primarily for productivity/office workloads, the monitors are not exactly meant for entertainment uses, but Samsung nevertheless equipped them with a scaler that supports VESA’s Adaptive-Sync (and AMD FreeSync) variable refresh rate technology and added speakers to 27-inch and 32-inch models.

While Samsung lists all three T55 monitors on its website, the company yet has to reveal their exact launch dates or prices. 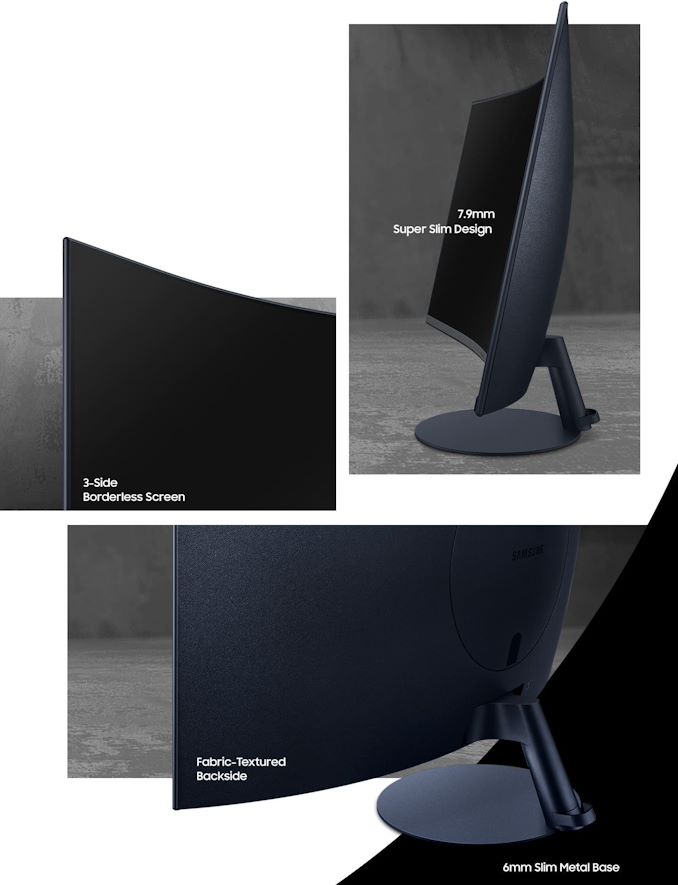