The ASRock X570S PG Riptide Motherboard Review: A Wave of PCIe 4.0 Support on A Budget

Officially announced at Computex 2021, AMD and its vendors unveiled a new series of AM4 based motherboards for Ryzen 5000 processors. The new X570S chipset is, really, not that different from the previous version launched back in 2019 from a technical standpoint. The main user difference is that all of the X570S models now feature a passively cooled chipset. Some vendors have opted to either refresh existing models, or others are releasing completely new variants, such as the ASRock X570S PG Riptide we are reviewing today. Aimed at the entry-level extreme chipset, the X570S PG Riptide features a Killer-based 2.5 GbE controller, dual PCIe 4.0 x4 M.2 slots, and support for up to 128 GB of DDR4-5000.

At the launch of the original X570 chipset back in 2019, many users stressed that they were worried that the actively cooled chipset heatsinks were going to generate extra noise, or by using smaller fans they would fail early. In reality, the chipset fans didn't generate THAT much noise, but for some users, they still expressed their annoyance. Fast forward to 2021, and at Computex 2021, the latest X570S chipset models now feature passively cooled chipset heatsinks. Another avenue that the X570S chipset brings to the table is that motherboard vendors have been able to refresh some of its previous X570 models and added more up-to-date controller sets, extending their offerings with the latest and greatest.

The ASRock X570S PG Riptide represents a new entry in ASRock's gaming-themed Phantom Gaming series, but at the more entry to a mid-level market segment, which for an X570 board might be most people's mid-range or even high-end for cost. Designed primarily for AMD's latest Ryzen 5000 processors, it is also compatible with both the Ryzen 3000 and 2000 series of desktop processors, but it also supports Ryzen 5000, 4000, and 3000 APUs. It also has four memory slots with support for fast DDR4-5000 memory, with a maximum combined capacity of up to 128 GB.

ASRock adopts a more simplistic aesthetic for its X570S PG Riptide, with a mixture of grey, black, and silver throughout. ASRock is advertising a 10-phase power delivery cooled by a single heatsink that doubles up as a rear panel cover. The passively cooled X570S chipset keeps things quieter than the previous generation, with a smidgen of integrated RGB LED lighting. If that's not enough for some users, ASRock includes two addressable RGB and two regular RGB headers to add additional RGB LED strips to jazz up their systems. 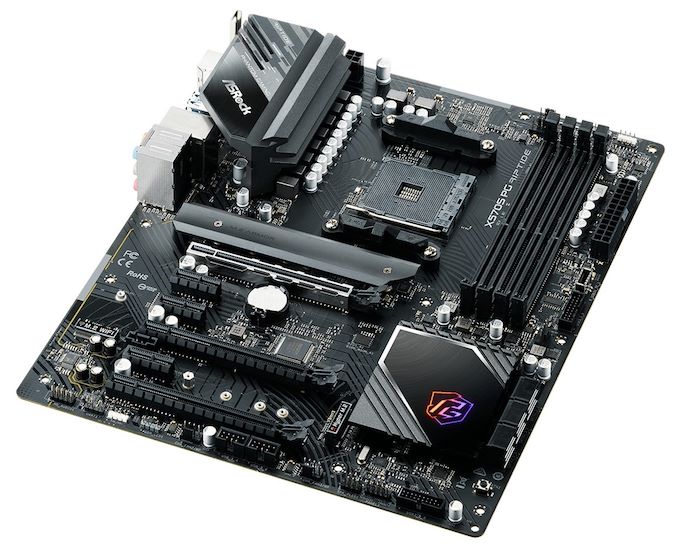 The ASRock X570S PG Riptide offers a more affordable route to the full levels of PCIe 4.0 support that both Ryzen 5000 and X570 combined offer uses. For PCIe slot support, ASRock includes one full-length PCIe 4.0 x16 slot, one full-length PCIe 4.0 x4 slot, one full-length PCIe 4.0 x2, and three PCIe 4.0 x4 slots. ASRock also includes PCIe 4.0 storage support via two PCIe 4.0 x4 M.2 slots, with six SATA ports compatible with AMD RAID 0, 1, and 10 arrays. Other notable features include one of the latest Killer-based 2.5 GbE controllers, with USB 3.2 G2 Type-A and Type-C connectivity on the rear panel, as well as a mid-range HD audio codec driving the board's audio. For users looking to add wireless capabilities, the ASRock X570S PG Riptide does have an additional M.2 Key-E for users to add their own M.2 2230 Wi-Fi and BT modules.

Touching on performance, the ASRock X570S PG Riptide performed competitively against other AM4 boards we've tested, with a decent showing in our system tests such as POST time testing and power consumption. In our DPC latency testing, it wasn't anything special, and performance in our compute and gaming tests put it exactly where we would expect it to be, in competition with the rest of the field. 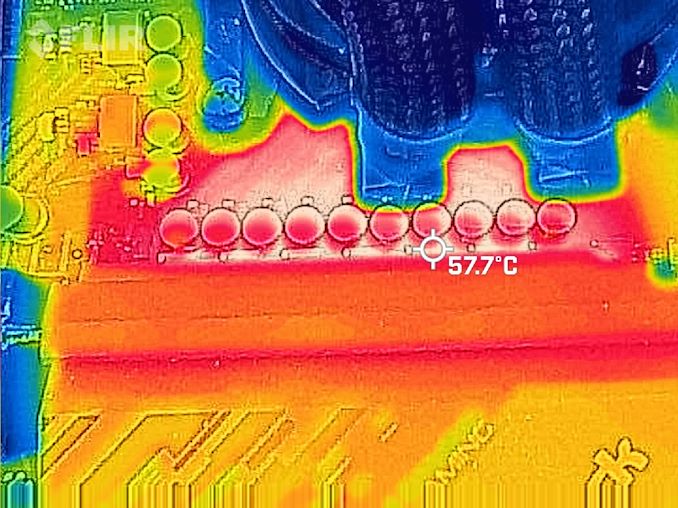 Regarding overclocking, the ASRock also performed creditably given it's at the lower end of X570/X570S models currently available in terms of price. We managed to overclock our testbed AMD Ryzen 7 3700X to 4.3 GHz all-core stable, which is standard for most AM4 boards we've tested. Still, the board exceeded our expectations regarding tight VDroop control at load compared to the values we set for the CPU VCore in the firmware. The board's VRM thermal performance was also acceptable, even if it ran warmer than the more premium models we've tested.

Looking at pricing, the ASRock X570S PG Riptide has an MSRP of $185, which if you compare it to other X570 models in its arsenal, such as the ASRock X570 Steel Legend ($200), the PG Riptide has a much more up-to-date and premium Ethernet controller, as well as better memory support out of the box. Believe it or not, there's not much in the way of available X570S boards at both Amazon, Newegg, or Microcenter to actually compare the PG Riptide to.

One equally competitive model in the realm of X570S is the MSI MAG X570S Torpedo Max, which costs around $200 and uses 2.5 GbE, a secondary Gigabit LAN port as well as a much more recent HD audio codec. Whether a user's motherboard selection is dependent on features, price, aesthetic, or a combination of all three, the ASRock X570S PG Riptide looks interesting in the sub $200 market. The biggest question, however, from our point of view, is how does it stack up against other AM4 models we've tested so far. It's time to take a closer look and see what if the ASRock X570 PG Riptide can hold its own in shark-infested waters.